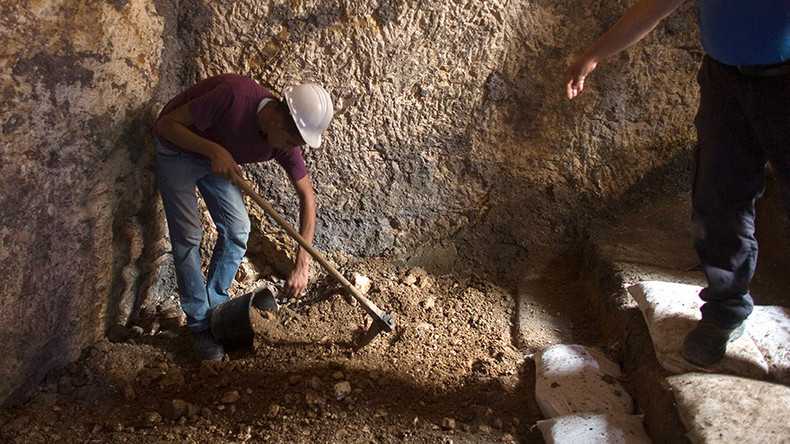 According to radiocarbon dating of the feces layer, the loo dates back to the Viking Age (late 8th to mid 11th century), reported Science Nordic.

The toilet, essentially a deep hole in the ground, was discovered in a Viking settlement on Stevns, Denmark.

Scientific analyses of the sediments accumulated in the two-meter (6.5 ft) hole confirmed that they were indeed human feces.

“It was a totally random find. We were looking for pit houses—semi-subterranean workshop huts—and it really looked like that from the surface,” Anna Beck from the Museum of Southeast Denmark told Science Nordic.

“But we soon realized that it was something totally different,” Beck said.

“We know about privy buildings inside cities in the latter part of the Viking Age and the early Middle Ages, but not from agrarian settlements and farms,” she said.

“We imagined that people had defecated in the midden or in the barn with the animals in order to use their waste as fertilizer for the fields,” added Beck.

While archaeologists knew city dwelling Vikings had some sort of sewage system, they previously thought rural Vikings relieved themselves outside and collected the waste to be used as fertilizer.

It now turns out that they were every bit as civilized as their urban counterparts.