Ancient Burial Chamber Uncovered in Egypt, With 17 Mummies … So Far 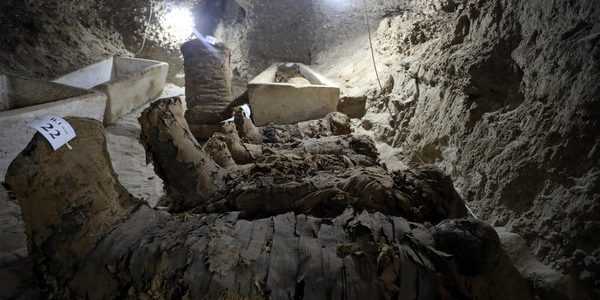 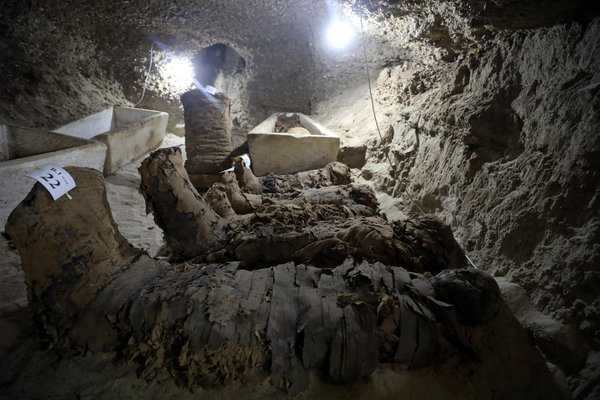 Archaeological workers in Egypt unearthed an ancient human burial site with at least 17 intact mummies near the Nile Valley city of Minya, according to news agency reports.

The mummies, discovered at a depth of about 25 feet, are believed to be the bodies of priests and officials, The Associated Press reported.

The burial ground included sarcophagi made of limestone and clay, animal coffins, and papyrus with Demotic script, not the hieroglyphs found in earlier Egyptian tombs.

The site was discovered near the village of Tuna al-Gabal, the site of a previously excavated necropolis for thousands of mummified animals.

The mummies are believed to be more than 1,500 years old, and date to Egypt’s Greco-Roman period, a 600-year epoch that began in 332 B.C. after the region was conquered by Alexander the Great, said Mohamed Hamza, the dean of archaeology at Cairo University, who helped lead the excavations.

The burial site may hold as many as 32 mummies. It is “the first human necropolis found in central Egypt with so many mummies,” Salah al-Kholi, an Egyptologist, said, according to The Telegraph.

The country’s antiquities minister, Khaled Al-Anani, called 2017 a “historic year” for archaeological discoveries. “It’s as if it’s a message from our ancestors who are lending us a hand to help bring tourists back,” he said at a news conference on Saturday.

Egypt’s tourism industry has struggled in recent years. About 5.4 million visitors came to the country in 2016, down from 14.7 million in 2010.

The country has had some significant finds this year, including a large statue of an Egyptian ruler found in Cairo in March.

A Look at the Presidential Candidates in Iran

Six candidates are vying to be the next president of Iran in the election next Friday. Here is a look at each.

The rally for Iran’s president, Hassan Rouhani, showed a widened tolerance for political discourse — up to a point — before the May 19 presidential election.

After Trump Vows to Arm Syrian Kurds, the Next Move Is Erdogan’s

The decision risks a rupture with Turkey, and could affect the battle against the Islamic State and the wars in Syria and Iraq.

For a former foreign correspondent, the play by J. T. Rogers conjures that vanished moment in 1993 when Israelis and Palestinians seemed on the road to peace.

A shake-up of the Israel Broadcasting Authority has been decades in the making, but the way it is unfolding appears chaotic and uncertain.

Iran Leader Vows ‘Slap in the Face’ for Election Disruptions