Anbang Was Seized by China. Now, It Has a Deal for You. 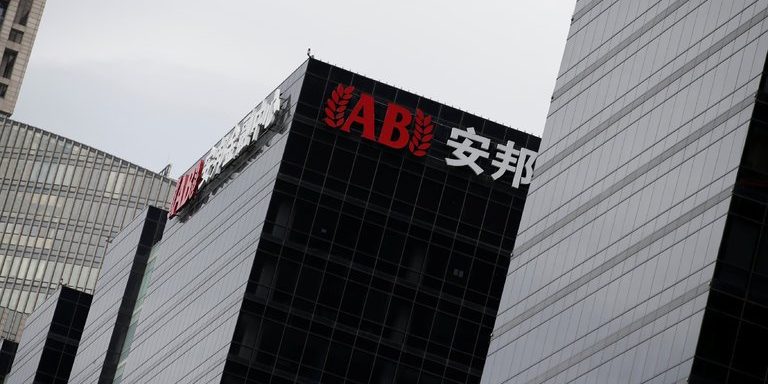 Anbang Was Seized by China. Now, It Has a Deal for You.

BEIJING — Less than a month after it was seized by the Chinese government, Anbang Insurance Group, the giant conglomerate, is once again offering small investors “you snooze, you lose” investment opportunities — your money back, guaranteed.

Sold like stocks or bonds in bank branches around China, the products carry names like Anbang Abundant Stability No. 10, suggesting the investments are conservative. They are anything but.

In the past, Anbang has used the money it raised from those products to help pay for risky deals like the purchase of the Waldorf Astoria hotel in New York and other flashy properties around the world. The approach saddled the company with big debts at a time when the authorities were trying to stamp out financial troubles.

Still, Anbang and other companies keep selling them — and Chinese investors keep buying them. When China took over Anbang, it only underlined the widely held — and potentially dangerous — belief that the Chinese government will always be there to bail them out.

“The government wants to maintain stability,” said Nancy Cheng, a 35-year-old employee in a financial firm who has invested thousands of dollars with Anbang and another insurer. News of the government’s Anbang seizure, she said, did not shake her confidence.

The government “would think of solutions,” Ms. Cheng said. “Since they allowed this indulgence, they should be there to clean up the mess.”

China has a problem with debt. Shadowy, underground lenders have flooded the country with a staggering $15 trillion in credit, which threatens to hobble its economy.

Beijing now appears to be taking a harder stance with the companies in need of a bail out. On Wednesday, Chinese authorities accused a founder of Anbang, who was the deal maker who bought the Waldorf Astoria, of bilking investors of more than $10 billion. In a country where courts tend to convict, the accusations raised the likelihood that the executive, Wu Xiaohui, could face life in prison.

Officials have also spent the past two years trying to contain the risk. Earlier this month, the Chinese government said it would merge the country’s banking and insurance regulators in an effort to close regulatory loopholes.

Central to that effort is keeping a tighter rein on products like Anbang’s Abundant Stability No. 10. Many small investors believe that means the government backs them. Anbang also calls them “universal insurance products,” making them sound conservative.

The truth is more complicated.

Abundant Stability No. 10 is closer to what in China is called a wealth management product. Wealth management products on paper are not backed by the government, but state-run banks act as middlemen and sell them to small investors, giving many people the perception that they are. The salespeople often know little about what is backing them — or how the people ultimately behind them will pay the money back.

Abundant Stability No. 10, for example, requires only a $4,600 investment over three years. In return, investors are promised a payout that is triple what Chinese savers might get by parking their money in a savings account. On the phone, salespeople at one state-run Chinese bank, China Merchants, said the payout could be even higher, perhaps 10 times what a savings account pays out.

Shen Gang, an Anbang spokesman, said that banks were an important channel for the company’s insurance products and that the government takeover had not changed the operations of Anbang at all. “Anbang has always been very stable on the financial front,” he said. “As such, the selling of our products is a normal business activity.”

Li Yan, 48, a founder of a technology company, bought a universal insurance product from Taikang Insurance, an Anbang rival. She said she was a “teeny bit” concerned about the government takeover of Anbang but “didn’t think it’s a huge problem,” citing the two insurers’ political connections.

“Aren’t insurance companies not allowed to go bankrupt?” she said.

The Chinese authorities have pressured big issuers to slow down. In November, they proposed tightening disclosure rules and stopping firms from guaranteeing payments to investors, among other steps.

“I would say that the risk of the debt crisis has come down because of what the government has done,” said Wang Tao, head of Asia economics for UBS Investment Bank. “The problem is not entirely resolved but it’s moving in the right direction.”

In his last news conference as China’s central bank governor, Zhou Xiaochuan, long a proponent of Chinese financial overhauls, said on March 9 that the country had to strengthen investor education. He said investors had to “fully learn” about new financial products before they bought them.

“If you want to use them, you have to take your own risks and find out for yourselves,” he said. “You can’t leave it entirely to the regulators to manage them.”

Zhu Ning, a Tsinghua University economist, said the only way the government can prevent investors from taking on more risk that they can handle is to allow for “some real failures.”

China has been reluctant to allow for failures. Fearing mass unrest, the ruling Communist Party has repeatedly instructed Chinese banks and local officials to cave in to angry investors, who have protested outside government offices after losing their investments.

The real test, according to Mr. Zhu, could come later this year, when wealth management products issued years earlier have to be paid back.

In the case of Anbang, it helped the company raise money for trophy acquisitions such as the Waldorf Astoria.

“They were just buying up assets, playing the markets and investing overseas, which, of course, isn’t really beneficial to China’s economy,” said Christopher Aston, an associate consultant in Shanghai at Control Risks, a global risk consultancy, who is writing a book on his experience in a Chinese shadow bank.

The market is still booming for Anbang. According to data from China’s insurance regulator, Anbang earned $9.2 billion in income derived mostly from universal life insurance products in January, compared with just $1.3 million a year before.

Very few investors in China tend to ask where the money is going. Part of the problem is that many people became cash-rich in a relatively short period of time without an industry of financial advisers that is common in the West.

“The investment mentality really has not evolved,” said Lester Ross, chair of the insurance forum of the American Chamber of Commerce in China. “It’s rather recent.”

Meng Hongxia, a hotel employee who says she earns $480 a month, was considering such a product while inside a branch of China Merchants. She said she was mulling putting her entire savings of nearly $8,000 in a wealth management product f because it promised a yield of more than 4 percent and guaranteed repayment.

“What do you think?” she said, when asked about the product. “Should I invest?”

A version of this article appears in print on March 29, 2018, on Page B1 of the New York edition with the headline: Despite a Crackdown by Beijing, Anbang Is Still Pitching Risky Investments. Order Reprints| Today's Paper|Subscribe