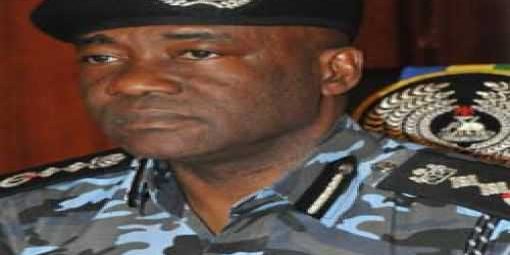 From EMMANUEL UZOR, Onitsha
Acleric of the Church of Nigeria, Anglican Communion, is cooling his  feet in prison pending the perfection of his bail application following  his alleged involvement in series of kidnapping and gun running in  Anambra State.
The suspect, Rev Christopher Nwoye, a native of Umunze in Orumba  South council area of the state was arraigned yesterday, alongside one  Damasu Akabogu at the Chief Magistrate Court, Ekwulobia in Aguata  council area, for allegedly leading a kidnapping and armed robbery gang  to terrorise the state including an attempt to kidnap the Anglican  Bishop of Aguata Diocese, Most Revd C.O Efobi.
The prosecution counsel, Mr. Everest Chike, told the court how the  clergyman was arrested by operatives of the State Anti-Robbery Squad  (SARS) led by the Commander, CSP James Nwafor, following confessional  statements from some of his gang members earlier arrested by the police.
The suspects, who were docked for kidnapping and other criminal acts  however, pleaded not guilty  and were later granted bail by the court in  the sum of N500, 000 with sureties.
It was gathered that the Anglican cleric is standing trial for  allegedly being the leader of the kidnap gang and the person who  allegedly ferried their arms wherever the gang wanted to kidnap their  victims to evade police arrest.
A police source, who pleaded anonymity said: “Each time the gang  wanted to kidnap their victims, the Rev gentleman would wear his sultan  and hang other clothes that identify him as a priest and conceal these  dangerous arms and go and deliver it wherever the members of the gang  will pick it for operation.
“He used this method to deliver these arms at various locations from  where the gang members used it to rob and kidnap many people and each  time he drove past any police check-point, he was never suspected  because he was seen as a man of God without knowing that he was a mobile  armoury for kidnappers and armed robbers.”
Earlier, counsel to the suspects, Mrs. Nkem Ifeukwu prayed the court  to grant the suspects bail on the ground that the Bishop, who was the  complainant, did not appear in court for prosecution of the case. She  reminded the court that the first accused is a priest still serving and  cannot indulge in such crime.
The counsel told the court that the cleric and his alleged  accomplice, Akabogu as well as others at large, were framed up because  the priest fell out with his Bishop. She prayed the court to grant them  bail on more liberal terms.
Chief Magistrate Adimbe Onu, after hearing the counsel to the  defendants, granted the suspects bail in the sum of N500, 000 and surety  in like sum, adding that the sureties must have landed property within  Aguata and Anaocha metropolis.