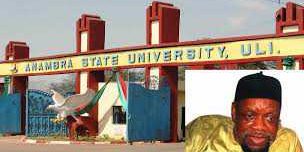 Governor Peter Obi, who announced this at a ceremony to mark the posthumous 80th birthday of the late Ikemba Nnewi, Dim Chikwuemeka Odumegwu-Ojukwu at the permanent site of the university at Igbariam, also issued a cheque for N5 billion for the infrastructural development of the university.

The money, Obi said, was made available in collaboration with the Federal Government.
He said that an arrangement has been completed for a cooperation between the university and a renowned foreign university to beef up academic programmes of the institution.

Obi further said that the N500 million debt owed by the institution would be paid by the state government immediately, just as its monthly subvention had been increased by 15 per cent with effect from January this year.

The governor also donated two buses to the Students Union Government, SUG, of the two campuses of the university and four other security vehicles for the maintenance of peace and security in the institution.