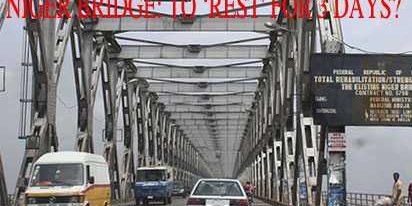 Travellers to the South-East and parts of the South-South were, yesterday, put on the alert as the Police High command ordered an unprecedented three-day restriction of movement across AnambraState ahead of tomorrow’s gubernatorial election in the state.

The extraordinary lockdown starting from dusk today is to be lifted by 6 p.m on Sunday, expectedly after the winner of the election would have been announced. The restriction, according to the Inspector-General of Police, Mohammed Abubakar is part of efforts to ensure free and fair polling under which security details of political office holders would be barred from escorting their principals to election centres.

A statement signed by the Force Public Relations Officer, Force Headquarters Abuja, CSP Frank Mba said the restrictions were in furtherance of strategies designed to prevent electoral fraud and violence during and after the polls.

The statement, however, noted that “those on essential duties are not affected by this order.”

Abubakar promised that the state would be heavily policed to ensure a smooth and orderly conduct of the election.

The statement reiterated that only Police personnel specifically assigned for election duties must be seen within and around election designated places.

It further said: “The Force High Command notes that the restriction order is informed by the exigencies of overriding security considerations.

“The Force is not ignorant of the citizen’s right to freedom of movement, as enshrined in the constitution; it however insists that this is a pre-emptive measure aimed at forestalling elaborate plans by faceless groups to undermine the electoral process as gathered through intelligence reports.

While regretting the difficulties the restrictions would cause travellers going through AnambraState to other parts of the country, the police said the restriction was fashioned towards ensuring “a seamless, credible and successful gubernatorial election.

“The Force also suggests that travellers should take advantage of alternate routes to their destinations where necessary within the days this order is in Force.”

Meanwhile, the Anambra gubernatorial contest with 23 contestants was itself running into a dead heat with three of the major candidates, Willie Obiano of the All Progressive Grand Alliance; Senator Chris Ngige of the All Progressives Congress and Tony Nwoye of the Peoples Democratic Party, emerging in the frontline. Chief Ifeanyi Ubah, was, however, raving his campaign as he made a last minute push, yesterday, for votes in Anambra North where Nwoye’s emergence as a contender radically altered permutations in favour of Obiano.

The political trajectory for the Obiano campaign was, yesterday, spiked with more legal troubles arising from allegations of the candidate’s multiple voter’s registration.

Following complaints from court bailiffs on difficulties in serving Obiano and APGA court summons on a suit seeking to disqualify him based on the allegations of multiple registration, an Onitsha High Court ordered that Obiano and APGA be served with substituted service. The judge, however, deferred hearing on a motion seeking INEC to make public Obiano’s registration particulars public till January 16, 2014.

The APC meanwhile, yesterday accused both the ruling APGA and the Independent National Electoral Commission, INEC of working separately to stop the party’s candidate, Chris Ngige from winning the election.

Also, the candidates were, yesterday, rounding up campaigns on the last available day for campaigning. Besides holding strategic meetings with major stakeholders, all four major candidates crisscrossed the state in a last day of campaigning. Nnewi, in Anambra South, the home base of Chief Ubah was a strong attraction for the PDP and APGA candidates who separately visited the town yesterday. Expectations of a clash between the supporters of the candidates converging on the industrial town did not materialize as the campaigns were conducted smoothly.

The belated emergence of Nwoye as the official candidate of the PDP, it was learnt, has also radically altered the electoral permutations with the candidate of the ruling party, Obiano now battling for votes at home with Nwoye. Both are from the same Anambra East local government area.

Obiano’s prospects was, nevertheless, being boosted by the strong endorsement of the outgoing governor, Mr. Peter Obi who is campaigning strenuously for him across the state and battling the candidate of the APC, Senator Ngige in his home region in Anambra Central.

Ubah, the candidate of the Labour Party was also putting himself in reckoning with deep incursions into the territory of his major rivals in Anambra North. Yesterday, Ubah made a last minute swing through Onitsha with the hope of drawing support from Nwoye and Obiano’s strongholds.

Nwoye and other stakeholders held a meeting at the Geo Gold Hotel, Awka to review the campaign.

Ubah held a rally in his home town, Nnewi.

In Nnewi, what could have resulted in a clash between APGA and LP was averted as Governor Obi was said to have directed APGA supporters to leave the venue for LP. It was after LP left the venue at Nkwo Nnewi triangle that APGA returned to the venue and held its rally.

Nwoye’s campaign meanwhile was being boosted by last minute endorsements and inflow of money with reports that N2 million had been earmarked for voter mobilization in each of the 327 wards of the state.

Among those who endorsed the former student unionist yesterday was Princess Blessing Ulasi, a former contender for the governorship on the platform of the Progressive Peoples Alliance, PPA who directed her supporters to vote for the PDP candidate, Nwoye.

APC in a statement issued in Lagos on Thursday by its Interim National Publicity Secretary, Alhaji Lai Mohammed, said everything on ground in Anambra suggested that the election would be rigged.

”Rightly or wrongly in our country, institutions of state take a cue from the President’s body language. They know that members of the ruling PDP who engaged in electoral malfeasance and brigandage during last month’s Delta Central Senatorial election were not punished. They know that security agencies that turned themselves to the armed wing of the PDP were not sanctioned. In this context, therefore, the President’s promise of a free and fair election will not mean much to those bent on repeating same in Anambra,” it said.

APC also said the fact that one of the candidates in Saturday’s election, Willie Obiano of APGA, has continued to evade justice despite a glaring electoral offence committed by him, through his proven multiple registration, does not give anyone much confidence that INEC can indeed be trusted to ensure a level-playing field for all the parties.

”President Jonathan should be careful in staking the credibility of his high office on these elections. His promise of free and fair elections in Ondo did not materialize, as the world knows, and the unprecedented electoral heist in Delta does not back up his administration’s claim that the country’s electoral architecture has improved under his watch.

”That is why we say the President must walk the talk. He should know that talk is cheap. If the institutions of state that have any role to play in the election fail to live up to that role, and the ruling party continues to engage in a flagrant abuse of office by stealing votes in the most blatant of manners, then the President’s promise of a free and fair election would have been rubbished,” the party said.

It said the world will be keenly watching on Saturday to see how INEC, the police and other security agencies carry out their roles, to see how the PDP, which is not even in a pole position going into the polls, wants to emerge victorious, and to see whether all that matters to the President is a free and fair election – as he has promised – or the rubbishing, at all cost, of the APC.