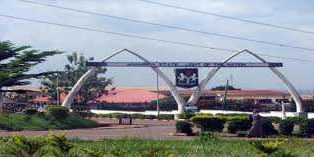 Anambra State chapter of Nigeria Union of Local Government Employees, NULGE, Thursday, reiterated its demand for the Independent National Electoral Commission, INEC, to take over the conduct of local government elections in the country.
President of the union, Mr Jerry Nnubia, who made the call while addressing newsmen, also called for the scrapping of State Independent Electoral Commissions, SIECs, on grounds that elections conducted by the state commissions had not been free and fair.

He said the SIECs were created to serve the whims and caprices of state governors who choose when to conduct council poll in their respective states, citing Anambra State as a case in point, where local government elections had not been conducted in the past 13 years.
According to Nnubia, even when some of the governors conduct local government elections, they make sure that only candidates from their political parties won in the poll.
He said:  “We in NULGE support that the SIECs should be scrapped. The reason is that they are tied to the aprons of the state governors who use them the way they want because he who pays the piper dictates the tune.
“We want the Independent National Electoral Commission to take over the conduct of local government elections as it were so that the vexed issue of governors delaying the conduct of these elections in some of the state would be a thing of the past.”
Nnubia, however,  called on the Anambra State governor, Mr Peter Obi, to keep faith with his promise to conduct council poll this year, saying it would be a credit to the present administration if the election was conducted.