Amnesty committee under fire over 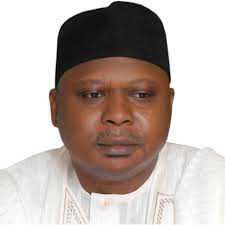 The Presidential Committee on the Dialogue and Peaceful Resolution of Conflicts in Northern Nigeria, came under severe criticisms, yesterday, from across the country following denial by Boko Haram leader, Abubakar Shekau that the sect had entered into a cease-fire agreement with the Federal Government.

The Committee came under attack on a day the Joint Task Force (JTF) Operation Restore Order II in Borno State, said that it has succeeded in killing a top commander of Boko Haram sect, Bulabulin Nganaram, who was on the wanted list of the JTF with a N10m bounty. The sect commander who was killed in a shootout with the taskforce was said to be responsible for the killing of a teacher and three students of Sanda Karami Secondary School, Ruwan Zafi Maiduguri.
Chairman of the Committee and Minister of Special Duties,

Alhaji Tanimu Turaki, had on a Hausa service programme of Radio France International monitored in Kano, July 8, that the Federal Government has secured a ceasefire deal with the sect which had claimed responsibility for terrorist attacks that have led to deaths of about 4000 people since 2009. The Presidency corroborated Alhaji Turaki’s announcement which it claimed had Shekau’s consent.

Imam Marwana, a member of the sect said to belong to Shekau’s camp reportedly confirmed the truce deal and begged Nigerians to forgive them “over the number of people killed in the country. I appeal to those who lost their loved ones to our activities to forgive us and on our side, we have forgiven all those who committed atrocities against us.”

Denying the cease-fire, weekend, Shekau, who endorsed the attack and killing of a teacher and 29 secondary school students at Mamudo, Yobe State penultimate week, said: “Let me assure you that we will not enter into any truce with these infidels. We will not enter into any truce with the Nigerian government. We believe in the massacre inflicted on the secondary school in Mamudo and Damaturu and other schools. We earlier warned that we were going to burn all schools. They are schools purposely built to fight Islam.”

Reacting to this alleged denial by Shekau, however, a source in the committee said the authenticity of the statement credited to Shekau was in doubt, since it could not be verified. The source added that the committee had never claimed it spoke with the sect leader himself and that unlike in the past, the sect leader never came out to disown the spokesman, who negotiated on behalf of the group.

Govt must be transparent – Onyema

Meanwhile, reacting to the confusion yesterday, the National Chairman, Foundation for Ethnic Harmony in Nigeria (FEHN), Allen Onyema, who is coordinating the amnesty programme for Niger-Delta ex-militants, argued that the government has to be more transparent and tell Nigerians those it reached agreement with as was done in the Niger-Delta in the case of militants.

His words: “If it is true that the presidential committee had any contact with real Boko Haram and they have accepted cease-fire, that is welcome but they must be sure of what they are saying. It will be very embarrassing for the Federal Government if the impasse continues after the cease-fire. They need to let the country know those who had signed the cease-fire.

“When Chris Ekiyor took over as the leader of the Ijaw Youth Council, he went round the camps and got the militants to accept non-violence. We knew who and who were in the cease-fire agreement. Kingsley Kuku, Godwin Abbe, Tony Anenih and others paid visits to the militants and it was televised. It was made open. We know the ex-militants. Who are the Boko Haram leaders and members that the committee spoke with? Who and who agreed to cease-fire? I want the government to be transparent so that the country will be free. I don’t like what is happening in the North. A bigger and peaceful Nigeria is better for us.”

The whole thing is confusing—Balarabe Musa

On his part, former governor of old Kaduna State, Alhaji Balarabe Musa said the ceasefire agreement between the Islamic sect and Federal Government had become confusing based on Shekau’s denial.

He said: “We are not having what we expect, that is the ceasefire, because the reports are conflicting. There is this report from the chairman of the committee that agreement has been signed and Shekau was involved and now Shekau is saying he is not a party to the signing of any agreement. There is also this report that there are two factions of Boko Haram; there is one led by Shekau, which appears to be the original but there is also a more militant faction led by a group. And so, the whole thing is confusing. We don’t know whether or not there is an agreement between the Federal Government and Boko Haram leading to a ceasefire.”

On its part, the Pan-Yoruba socio-political organisation, Afenifere, said that it was obvious that Boko Haram had infiltrated the administration of President Goodluck Jonathan.

Afenifere’s Publicity Secretary, Mr. Yinka Odumakin, told Vanguard on phone: “I think we should take Turaki, chairman of the Presidential Committee on Boko Haram to task now because we saw him on television that they have signed a ceasefire with Boko Haram and he even said something so offensive that Boko Haram has promised not to attack during the Ramadan. Assuming it was true, it was okay for Boko Haram to go and attack people on Christmas Day but they cannot attack during Ramadan and for a minister of the Federal Government of Nigeria to be party to such an agreement, then it is quite discomforting.

“Now that Shekau has denied that agreement, we need to ask which Boko Haram Turaki was claiming and it shows clearly that may also be a confirmation of the statement credited to the president some time ago that Boko Haram had infiltrated his government. It shows that there may be sympathizers of Boko Haram in government who are trying to tailor it to that direction.”

Speaking on the issue, National Coordinator of the Oodua Peoples Congress, OPC, Otunba Gani Adams sued for a truce and advised Boko Haram to dialogue with the government.

“I will advise them to observe ceasefire because the international community does not accept terrorism any longer. There is no way you start a terrorism cause and end well. My advice to them is that they should not start a battle they cannot win. For the purpose of peace and tranquillity, they should ensure they embrace peace so that we can move forward,” he enjoined.

The Christian Association of Nigeria (CAN) of the 19 Northern states and the Federal Capital Territory (FCT), also yesterday said that the President of CAN, Pastor Ayo Oritsejafor has been vindicated after being rebuked by some northerners for expressing doubt over the reported ceasefire deal reached between the Islamist terrorists group, Boko Haram, and the government last Monday.

Public Relations Officer (PRO) of Northern CAN, Mr. Sunday Oibe, speaking with newsman, yesterday said: “The pronouncement by Mr. Shekau, the real leader of Boko Haram, has come to vindicate CAN and our national leader, Pastor Ayo Oritsejafor. He was called many names when he said that he did not have confidence in the questionable announcement of a ceasefire between the Federal Government and Boko Haram.

“Today Boko Haram’s number one man has come to speak with scorn and contempt against the ceasefire agreement. If you meet some of the committee members personally, some will confess to you in private that they have never met any foot soldier of Boko Haram, not to talk of any one near its leadership

“We in Northern CAN believe that the Amnesty committee is useless and has failed. It lied to Nigerians about this ceasefire just to fool President Goodluck Jonathan to extend its tenure so they can grab more money. All those giving President Jonathan this unwise advice are either doing it for self-serving reasons, or are trying to deceive him into a blunder that will not only destroy him politically, but jeopardise the corporate existence of Nigeria.

“We want to advise our Christian brothers in vulnerable places to be extra-vigilant, including other non-Christians who may be target of the demonic antics of Boko Haram. Northern CAN is calling for the immediate disbandment of the amnesty committee. All monies that would be squandered on the committee should be put into supporting the Joint Task Force and vulnerable communities in affected states. Enough of this jamboree with scarce public funds. Enough of hypocrisy.

“Finally, there can be no amnesty for unrepentant murderers and insurgents without reconciliation with the victims. As Christians, forgiveness comes very naturally as taught us by our Lord and Saviour Jesus Christ, but there must be show of genuine repentance. Therefore, the amnesty committee, even in its composition, was in the first place an insult to Nigerian Christians. And now, see how it has failed”, he said.

Also reacting to the denial of any ceasefire agreement between the Federal Government and the Boko Haram sect, Arewa Youth Forum leader, Gambo Gujungu said that they were aware that the claim by the government minister was false and asked him to apologise and resign.

The group called on the Federal Government to disband the Amnesty Panel and stop wasting taxpayers’ money for something that would not yield any positive result.

However, spokesman for the Arewa Consultative Forum, Anthony Sani, called on the Federal Government to continue the process of dialogue with the sect members, noting that the process of ending terrorism the world over has never been easy.

Sani said: “We would advise that whatever it takes, the Federal Government should continue the process of dialogue. As dialogue progresses, those opposed to ending the crisis would join.

“We do not want the denial by Shekau to discourage the government from continuing dialogue with the group. Overcoming terrorism is not easy,” he noted.

Sani, however, regretted that government went public with the announcement of a ceasefire when the terms of the agreement had not been sorted out by the two parties, thereby bungling the entire process.

“The Amnesty Committee should have wrapped up all the issues under the terms of a ceasefire before making any announcement,” Sani said.

Attempts to reach the Minister proved abortive last night as he neither responded to calls placed to his mobile phone nor text messages sent to the same phone.

Meanwhile, the taskforce in a statement signed by its spokesman, Lt Col Musa said: “The Joint Task Force (JTF) between 3-8 July, 2013 dislodged Boko Haram Terrorists from their main enclave in Bulabulin Nganaram, Aljajeri and Faluja areas of Maiduguri metropolis.

“During the encounter, some terrorists were killed in the fire fight including the main Amir of Bulabulin Nganaram (who was on the wanted list of the JTF with a N10m bounty). He was responsible for the killing of a teacher and three students of Sanda Karami Secondary School, Ruwan Zafi Maiduguri.”