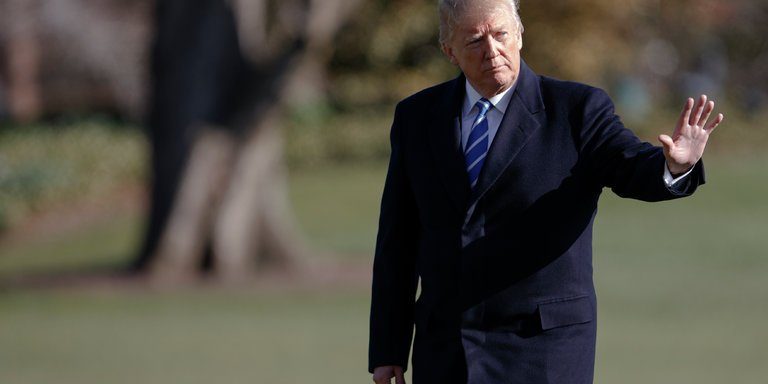 Amid fears of an escalating trade war between the United States and China, President Trump tweeted Sunday morning that he and President Xi Jinping of China will “always be friends, no matter what happens with our dispute on trade.”

“China will take down its Trade Barriers because it is the right thing to do,” he added. “Taxes will become Reciprocal & a deal will be made on Intellectual Property. Great future for both countries!”

A White House spokeswoman on Sunday said the reciprocal “taxes” mentioned in the tweet referred to “tariff levels and also to reciprocal trade more generally.”

It was unclear whether the president was suggesting that progress had been made in solving the trade dispute between the world’s two biggest economies. Fears of an escalation intensified last week amid a series of tit-for-tat tariff announcements by the two countries.

Neither side backed down, and the stock market tumbled on Thursday and Friday after Mr. Trump threatened another round of tariffs on Chinese products.

“We will not start a war — however, if someone starts a war, we will definitely fight back,” Gao Feng, China’s commerce ministry spokesman, said at a news conference in Beijing on Friday, the same day that United States Treasury Secretary Steven Mnuchin acknowledged the “potential of a trade war” in an interview with CNBC.

In a Sunday morning appearance on the CBS show “Face the Nation,” Mr. Mnuchin did not comment on whether discussions with China had advanced.

“I don’t expect there will be a trade war. It could be, but I don’t expect it at all,” he said. “But the president is willing to make sure we have free and fair trade, as you’ve seen his tweet already this morning.”

Larry Kudlow, Mr. Trump’s new economic adviser, said on “Fox News Sunday” that he did not think there was “any trade war in sight.”

But he added that the president was not bluffing. “The whole world knows China has been violating trade laws for many years, and President Trump is the guy calling them on it. And he’s right to do so,” Mr. Kudlow said.

Trade between the United States and China is valued at nearly $650 billion a year, with the United States importing far more than it exports. American administration officials have accused China of using unfair trade practices as well as employing coercive tactics to gain access to American intellectual property.

The tariffs proposed by Mr. Trump seem designed to protect American consumers but could hurt businesses that depend on products and materials from China, while a trade war would threaten farmers who export their goods.

Mr. Trump has argued that the short-term risks of a trade war escalation are outweighed by the long-term benefits of a more balanced trade relationship with China.

The dueling tariff proposals began last month, when Mr. Trump announced a plan to tax steel and aluminum from China and other countries. Since then, he has threatened to impose tariffs on other products, such as electronics. China has made similar threats about American cars, wine, soybeans and other exports.