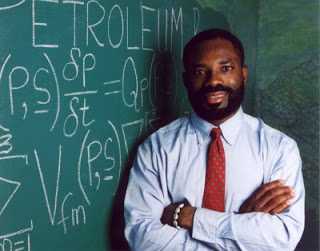 The Nigerian-born inventor and scientist, Philip Emeagwali in a recent statement gave proofs why he believes the country is already divided. Philip Emeagwali is an Igbo man from the city of Onitsha, Anambra State. He won the 1989 Gordon Bell Prize for price-performance in high-performance computing applications, in an oil reservoir modelling calculation using a novel mathematical formulation and implementation.

His statement reads; Sharia is observed in twelve of Nigeria’s thirty-six states.

Why should a section of country adopt a different law from others?

“The Nigerian constitution stipulates that we are Nigerians first and then Muslims (or Christians) second. However, some fanatic northern Nigerian elected officials are insisting that Muslims are Muslims first and Nigerians second and, therefore, are entitled to live by the sharia Islamic law.

Studying the statement above, President Buhari’s role as a proponent of sharia becomes undeniable recalling his speeches in favour of sharia.

The president once said;

“If we as Muslims want amputation or death penalty, we said we want it because it is our religion and the constitution of the country has agreed that everyone has the right to practise the religion of his choice.”

When a president puts the laws of his religion ahead of the laws of the nation he swore to protect in a multi-religious nation, the present Chaos and anarchy in Nigeria is the result.