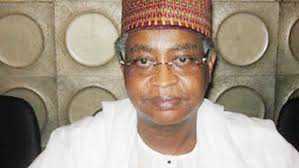 Former presidential candidate on the platform of defunct National Republican Convention (NRC) in the 1993 general election, Alhaji Othman Bashir Tofa, has tongue-lashed some Nigerians who are propagating secession in the country, saying that any part of the country that wishes to secede should do it through peaceful approach to avoid blood shedding.

Tofa said “some sections of Nigeria want to create war before they secede”, pointing out that the country did not need any war for any part of the country to secede.

The APC chieftain, who was reacting to a question from journalists in Kano yesterday over his earlier call for secession in a national daily, warned that no single soul should be killed or loss of blood recorded in the name of secession in the country anymore, as another war would be quite different from the past civil war where millions of souls were lost during Nigeria/Biafra war.

“ If anybody or group of persons want to leave Nigeria, their motives must be discussed on a round table conference and agreement should be reached, while those who wish to remain as one Nigeria should be allowed to do so and no one should lose sleep because one section of the country wants to secede”, he opined.

The elder statesman further stressed that any war would not bring about what any region wanted, adding that as far as he was concerned, “the North, whether one, agreed or not does not want to leave Nigeria”, but however added that any section of the country was free to leave Nigeria as long as it’s terms were negotiated by all.