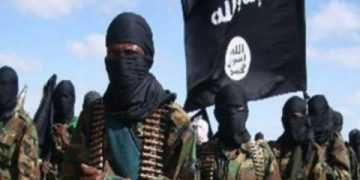 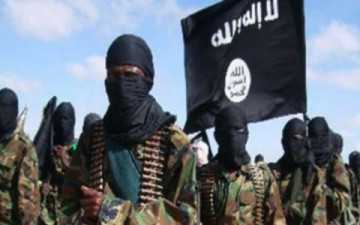 There are very strong indications to suggest that al-Qaeda, the global terror organization founded by the late Osama Bin Laden, may have taken control of the notorious and deadly Jama’atu Ahliss-Sunnah Lidda’awati Wal Jihad, popularly known as Boko Haram, Sunday Vanguard can report authoritatively.

In addition, it was learnt that some of the camps used by Boko Haram members as safe haven in Cameroun have been detected by Nigeria’s security forces.

The problem, however, according to sources, is that “except Cameroun enters into concrete collaboration with Nigeria, nothing can be done”.

The alleged arrowhead of the take-over, which is the al-Qaeda in the Islamic Maghreb, AQIM, has its headquarters in Algeria.

Intelligence sources disclosed to Sunday Vanguard that members of  Boko Haram had had collaboration with AQIM since 2010.

As far back as 2010, intelligence sources said “the Algerian government had said available intelligence reports confirmed that extremist Nigerian Islamic group, Boko Haram, has linked up with al Qaeda in the Islamic Maghreb (AQIM) which has its North African headquarters in Algeria.”

One of the sources added, “The revelation confirms Nigeria’s intelligence services assessment and worries that the previously unknown group has received training and support from al Qaeda.

“Even at that time, Algerian Deputy Foreign Minister, Abdelkader Messahel, told journalists that intelligence report showed both groups had been coordinating.

”We have no doubts that coordination exists between Boko Haram and al Qaeda.”

Reuters news agency quoted Messahel as saying “the way both groups operate and intelligence reports show that there is cooperation”.

AQIM was said to have grown out “of a conflict in Algeria between the government and Islamist militants”. An intelligence report said, “In the past few years, it has expanded its activities to include Mali, Niger and Mauritania but was not thought to have reached as far south as Nigeria”.

The report said Algeria’s assessment of ties between AQIM and Boko Haram carries authority because Algeria has the biggest intelligence-gathering operation on al Qaeda of any country in the region.

Sunday Vanguard was reliably informed that “the group sent out some six members to Algeria to learn how to make Improvised Explosive Devices, IEDs.” A security source said, “Indeed, the students, in the light of Boko Haram’s bombing raids, appeared to have learnt well.

“It was discovered that after the ‘Arab Spring’- a peoples revolution across some North African countries – some of the militia and criminals hitherto nurtured by the fleeing leaders migrated southwards and were the ones largely responsible for and who inspired the civil strife in Mali.”

“The source went further: “It was these same people who moved easterly through Niger Republic and were causing problems in northern Nigeria.

“It was the emergency rule declared by President Goodluck Jonathan, the efficacy of which hemmed the terrorists to the north eastern states of Borno, Yobe and Adamawa and even across the Nigerian borders that has restricted their activities to attacking soft targets”.

The source disclosed that the funding the sect members enjoy is not only derived from their robbery activities but from their links with AQIM; the sophistication of their attacks is also as a result of the strong involvement of AQIM.

Military sources confirmed that some of the camps used as hideouts by members of Boko Haram have been identified in North-western Cameroun.

Information provided last week by highly dependable sources suggest that the vastness of the border between Nigeria and Cameroun makes it very difficult if not impossible to fully police the area.

“The reality on ground is that it is not possible for Nigeria’s security forces to carry out aerial bombardment of the hideouts of the terrorists,” one of the sources told Sunday Vanguard.

“These camps have been identified but we cannot just go into another country and carry out bombing sorties.

“If the type of collaboration between Niger and Nigeria existed between Cameroun and Nigeria, we would have achieved more successes.

“Even at that, you will agree that our military forces have been intercepting and aborting some of the plans of the insurgents.

Led by the late Mohammed Yusuf, the first major uprising by Boko Haram actually began in Bauchi State on 26 July 2009 when hundreds of the sect adherents launched an attack on the Dutsen Tanshi Police Station. This attack failed, with reports of at least 50 people killed. In the next four days, the group carried out further attacks, with gun battles between the sect and the police reported throughout Bauchi, Kano, Yobe, and Borno States. The worst of the violence occurred in Maiduguri, where the group had relocated from its Kanamma base, Yobe State, a base aptly named Afghanistan.

Prior to July 2009 when the sect’s notoriety waxed strong, its members had been involved in dastardly incidents in Yobe in 2003 and in Kano in 2004. In April 2007, 10 policemen and a divisional commander’s wife were killed in an attack on the police headquarters in Kano.

On 13 November 2008, Yusuf was arrested following an attack on a police station in Maiduguri, in which 17 of his followers were killed. On 20 January 2009, an Abuja High Court granted him bail. This was to be an error, a fatal one.

He was apprehended again in December 2009 after the sect engaged the military in a gun battle lasting almost one week. He was handed over to the police where he died under circumstances that are still alleged to be extra-judicial.