Air supply problem grounds F-35s at USAF base in Arizona 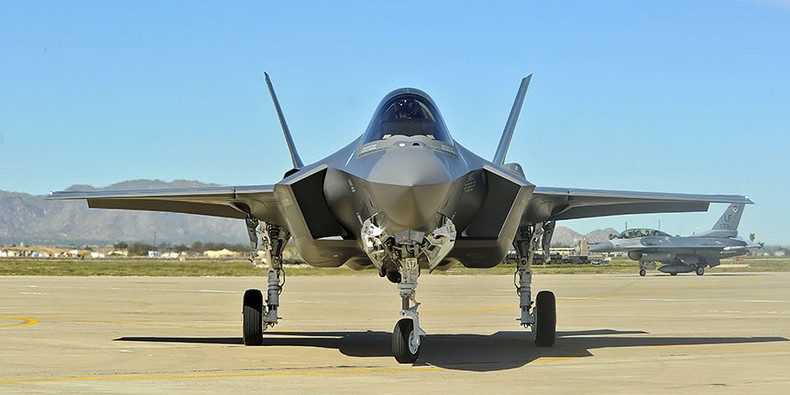 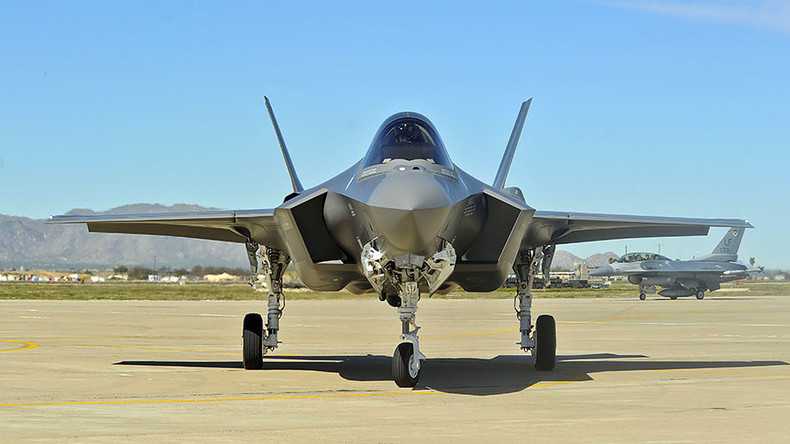 The temporary halt called on Friday followed five separate in-flight incidents at the 56th Fighter Wing since May 2, according to USAF spokesman Captain Mark Graff. In each case, the backup oxygen system worked as intended and the pilots were able to land safely, Graff said.

Now that we’ve gotten the F-35 to stop randomly catching fire, we have to worry about them choking out the pilots https://t.co/xJ8Zv7Y2U3

“The Air Force takes these physiological incidents seriously, and our focus is on the safety and well-being of our pilots,” said Brigadier-General Brook Leonard, commanding officer of the 56th Fighter Wing at Luke. “We are taking the necessary steps to find the root cause of these incidents.”

This is the second time the Air Force’s F-35A Lightning II jets have been grounded since the fifth-generation jet was declared fit for service last year. In September 2016, operations were suspended due to electrical problems inside the fuel tanks, according to Defense One.

Lockheed Martin, the Virginia-based manufacturers of the F-35, the have sent an “action team” of engineers and maintenance specialists to examine the incidents, Graff said.

Similar issues have previously been reported by pilots of F-22 Raptor fighters. In April, US Navy flight instructors at three bases refused to fly the T-45 Goshawk training jets, pointing out that the rate of hypoxia incidents had quadrupled since 2012.

Only the planes at Luke AFB are affected by the pause and should be cleared to resume flights by Monday, according to Graff.

F-35 squadrons at Hill AFB in Utah, Eglin AFB in Florida, Edwards AFB in California and Nellis AFB in Nevada are still cleared to fly.

“Luke is taking a safety day today,”said Lieutenant Jennifer Hyden, spokeswoman for the 33rd Fighter Wing based out of Eglin. “They’re taking a second to take a look to make sure everything is working properly.”

Luke AFB is the Air Force’s principal training site for F-35 pilots, as well as for pilots and maintenance crews from Australia, Israel, Italy, Japan, the Netherlands and Norway.

Touted as the fifth-generation fighter jet with a modular design, the F-35 comes in three variants. The F-35A is the Air Force model, designed for conventional runways and deemed combat-ready in August 2016.

The US Marine Corps variant, F-35B, was the first to be declared operationally capable.
Lockheed is still working on the F-35C, intended to operate from US Navy carriers.

Critics of the jet point to its astronomical price tag and unsatisfactory performance compared to dedicated older aircraft models, which the Pentagon plans to retire once all F-35 versions become fully operational.