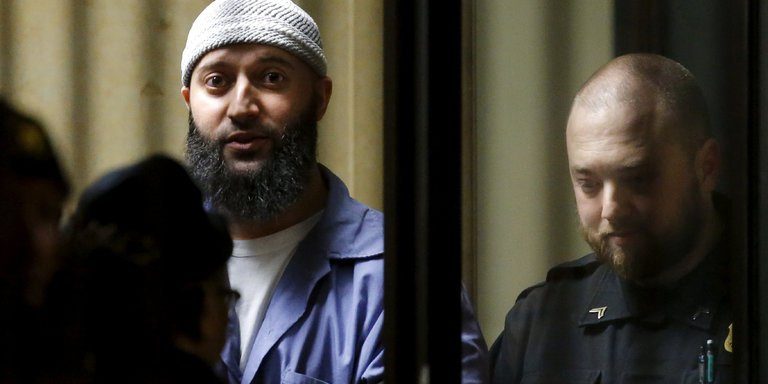 Adnan Syed of 'Serial’ Is Granted a New Trial

An appeals panel on Thursday vacated the conviction of Adnan Syed, whose case was chronicled in the first season of the hit podcast “Serial,” and ruled that he should be granted a new trial on all charges.

Mr. Syed was convicted in 2000 of the first-degree murder and kidnapping of his former girlfriend, Hae Min Lee.

In the ruling, the Maryland Court of Special Appeals said that he had received ineffective legal counsel at his trial because his original lawyer had failed to call a witness whose testimony, if believed, “would have made it impossible for Syed to have murdered Hae.”

“Accordingly, Syed’s murder conviction must be vacated, and because Syed’s convictions for kidnapping, robbery, and false imprisonment are predicated on his commission of Hae’s murder, these convictions must be vacated as well,” the panel wrote. “The instant case will be remanded for a new trial on all charges against Syed.”

The accounts by the new witness, and other evidence seeming to cast doubt on the conviction, were the focus of “Serial,” which was a wildly successful podcast in 2014, popularizing the format for a general audience. The 12-episode series featured Sarah Koenig, a former producer with the weekly public radio program “This American Life,” telling the story of the killing, investigation and trial in a conversational narrative with interviews. It was downloaded more than 175 million times and won a Peabody Award.

The witness, Asia McClain, sent Mr. Syed two letters after he was arrested in 1999 stating that she had seen him at Woodlawn Public Library at the time that Ms. Lee was killed. Mr. Syed asked his lawyer, Maria Cristina Gutierrez, to contact Ms. McClain. She said she had “and nothing had come of it,” the panel said.

After Mr. Syed was convicted, it was determined that Ms. Gutierrez had not in fact contacted Ms. McClain.

A friend of Mr. Syed’s, a law student named Rabia Chaudry, independently reached out to Ms. McClain, who signed an affidavit saying that she had seen Mr. Syed at the Woodlawn Public Library at the time that Ms. Lee was killed.

Ms. Gutierrez’s failure to interview or contact Ms. McClain formed a key part of Mr. Syed’s argument that she had been negligent in her defense of him. Ms. Gutierrez died in 2004.

After the podcast drew attention to the case, Mr. Syed was granted a retrial in 2016 by Judge Martin P. Welch of the Baltimore City Circuit Court.

He has served 16 years of a life sentence after being convicted in 2000 of the first-degree murder and kidnapping of his former girlfriend, Hae Min Lee, but has maintained his innocence for almost two decades.

Ms. Lee was last seen on Jan. 13, 1999, as she was leaving school. A few weeks later, a passer-by found her body partially buried in a shallow grave in a park in West Baltimore, according to The Baltimore Sun.

The Sun said Mr. Syed told police that he and Ms. Lee dated as high school students but kept their relationship secret because of cultural differences between their families. They broke up in 1998 and Ms. Lee later began dating another man.

Ms. Lee’s mother, Youn Wha Kim, took the stand at Mr. Syed’s sentencing hearing in 2000 told the court that she wanted to forgive Ms. Syed but did not think she could, could not bring herself to forgive him for her daughter’s death, The Sun reported at the time.