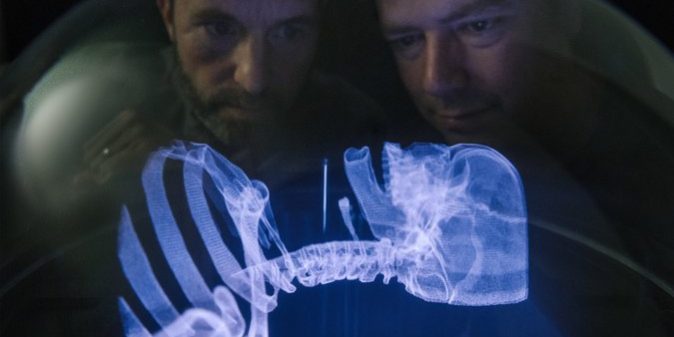 Elon Musk Likes it Here. Will Other Tech Innovators Follow?

ADELAIDE, Australia — Tom Hajdu, a globe-trotting entrepreneur with a Ph.D. in music from Princeton, parked his Toyota Camry and walked us toward a former Mitsubishi auto factory that shut down a decade ago.

It has recently been reopened with high-speed broadband, Ping-Pong tables and room for hip start-up companies. Under the old industrial roof, the message was clear: This working-class city is doing everything it can to recast itself as an innovation hub for South Australia and the world.

“There’s a corps of people here who will be driving into the innovation economy,” Mr. Hajdu said. “You get on the bus or you get out of the way.”

Adelaide is the understated capital of South Australia, a mostly rural depopulating state. Like so many rust belt cities worldwide, it is trying to recover from a manufacturing decline by hunting for innovation buzz — that glow of techno-progress that can propel a place from downbeat to in demand.

It’s Pittsburgh, shifting from a dying steel town to a “city of renewal.” It’s Chattanooga, the old Tennessee railroad town, becoming “one of America’s most start-up-friendly cities.” It’s even Dresden, the German city flattened during World War II that’s now the heart of “Silicon Saxony.”

In Adelaide’s case, Elon Musk has already helped: He introduced a new rocket at a space conference here last September, following up in November by building the world’s biggest battery, which has already driven down local electricity prices.

But this city of 1.3 million — with its aging population and unemployment rates that are often among the highest in the country — needs an even bigger jolt. Frustrations have been building for years as Adelaide’s factories shuttered, with Holden closing its plant last year, bringing an end to Australia’s auto industry.

The response is what’s interesting: Quiet Adelaide, a former industrial center now seen as a laid-back community of churches and retirees, is banging the table for change.

Last month, voters kicked out the Labour Party after 16 years of running South Australia, electing the more conservative Liberal Party and its leader, Steven Marshall, the owner of a furniture business, on the promise of economic growth.

The new government is even pushing for a new visa to draw foreigners who want to start businesses in South Australia — a break with national Liberal leaders who have restricted skilled immigration.

Even before that, Mr. Hajdu, 55, a Canadian transplant and co-founder of an Los Angeles-based incubator called Disrupter, was becoming Adelaide’s networker in chief. A talker in a T-shirt, the son of a free-market economist who founded a well-known Canadian think tank, he is among a crew of boosters constantly battling skeptics.

Call Adelaide a boring country town, as many Australians have for decades, and they’ll point to the beaches and wine regions nearby, emphasizing that housing here is more affordable than in Sydney or San Francisco.

Talk about the death of Australia’s automobile industry, and they’ll point to workers who have adapted by joining the city’s new start-ups.

Question Adelaide’s sophistication, and they’ll argue that because this is the first city in Australia to be founded by free settlers rather than convicts, the culture is more open-minded and creative.

“The Paris and Rome of today are not necessarily the Paris or Rome of tomorrow,” said Mr. Hajdu, who moved to Adelaide in 2015 and is now a paid innovation consultant for the South Australian government. “It’s total world transformation.”

Mr. Hajdu says things like that a lot: sweeping techno-prophecies that he seems to be beta testing for a larger audience.

He told me that his first business, tomandandy, based in New York, had “changed the way music production for media worked.”

He also told me (repeatedly) that he’s friends with Laurie Anderson, the composer and artist; that he makes great wine at the coastal property he shares with his wife and dog; and (repeatedly) that he moved to Australia on a distinguished talent visa, the same visa, he said, given to Apple co-founder Steve Wozniak.

His smartphone has a cracked screen — and his official title is “chief innovator.”

Is it worth it? South Australia’s new Liberal government declined repeated requests for interviews about that.

One of Mr. Hajdu’s first projects involved helping Adelaide get what most of this wealthy, otherwise developed country lacks — superfast internet connectivity.

Officially, Adelaide is now the first non-American “gigabit city,” making it part of a program that connects innovators and researchers to their counterparts in other cities with advanced network infrastructure, including Chattanooga and Austin, Tex.

“Tom reached out to me soon after he moved to Adelaide and told me he was encouraging Adelaide to become a gig city, taking Chattanooga as a prime example of a city that had transformed its economy through affordable high-speed internet,” said Joe Kochan, a co-founder of US Ignite, the Washington nonprofit that runs the Smart Gigabit Communities program.

One afternoon, Mr. Hajdu pulled together a few of the people he sees as helping lead Adelaide’s revival.

Sitting at a rooftop bar with views of a skyline reminiscent of Tulsa, Okla., he introduced Terry Gold, an American who moved from Colorado to run a tech incubator.

Also with us were two South Australia government officials, the dean of the University of Adelaide’s computer sciences department and Alex Grant, the chief executive of a company called Myriota, which makes internet-connected devices for monitoring things like soldiers and natural resources.

Clustering universities, start-ups and government support is, after all, the Silicon Valley model.

The question is whether it can work for Adelaide.

Chattanooga has added tens of thousands of new jobs; in Adelaide, Myriota is growing, but from 11 employees to 30.

Inside Tonsley, the converted Mitsubishi factory, the company we visited, called Sage Automation, made devices used for self-driving cars that are put together in small batches — a far cry from the mass production of cars in the factory’s heyday.

There are some other signs of hope, Mr. Hajdu says. Sanjeev Gupta, the British billionaire, has said that he wants to turn the former Holden plant into a factory for electric cars.

But a tipping point like Chattanooga’s or Pittsburgh’s has yet to be reached. Unemployment is still rising. Around Tonsley, there are rundown stores and pubs struggling to stay open.

Inside, there are wide expanses of empty gray floors, waiting to be used.

Want more Australia coverage and discussion? Join us in our Facebook group, sign up for the weekly Australia Letter and start your day with the Australian Morning Briefing. Or better yet, just subscribe!