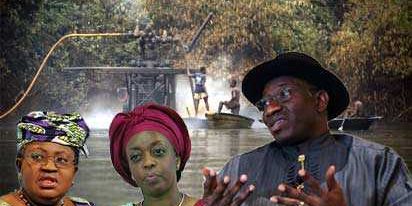 THE Abubakar Baraje-led splinter group of Peoples Democratic Party, PDP, has challenged the Federal Government to, as a matter of urgency, account for the $5 billion which has allegedly disappeared from the nation’s Excess Crude Account, ECA, warning that the revelation must not be swept under the carpet.

According to the group, “the current administration is running for a price award of the most corrupt admini-stration in the annals of gover-nance in Nigeria,” urging Nigerians to rise against the level of corruption in the country.

They said: “We urge Nigerians to heed the advice of the Nigeria Governors’ Forum, NGF, and stop being docile in the face of monumen-tal impunity in the country. This, in reality, is the only way to rescue Nigeria from the path of doom.”

A statement by the National Publicity Secretary of the group read: “The New Peoples Democratic Party, nPDP, has challenged the Federal Government to account for the $5 billion, which has allegedly disappeared from the nation’s Excess Crude Account, ECA.

“This is after a careful study of the disclosure made by the Chairman of NGF, Governor Rotimi Amaechi, while declaring open the second annual retreat of the NGF on November 15 in Sokoto.

“According to Governor Amaechi, the Excess Crude Account stood at $9 billion last January, but has shrunk to only $4 billion today.

“We consider this development too weighty to be swept under the carpet in view of the stature of the person making the allegation and the realities on ground. For all in-tents and purposes, Governor Amaechi is not a frivolous person and is not known for making frivolous claims.

“We told Nigerians about the poor handling of our common patrimony by this administration and sadly nobody took it seriously. But today the unmistakable evidence is that Nigeria is broke as the Federal Government now finds it difficult to meet its obligations to states, local governments and contractors.

“We wish to commend the NGF Chairman for bringing this matter to the open and hereby challenge the Federal Government to tell Nigerians what it did with the money.

“We also, hereby, challenge the anti-graft agencies to prove their relevance by unearthing the whereabouts of this huge sum of money.”