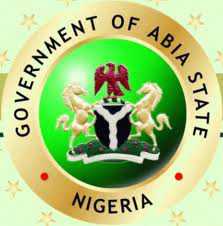 women organisations, the business community and professional bodies from Abia and Imo states, yesterday, asked the National Assembly to enact a law that would back the proposed National Conference.

Presenting their memoranda to the Femi Okoruonmu-led 13-member committee, the groups unanimously threw their weight for the conference, saying it was the only way forward for the nation’s unity.

They, however, requested that the outcome of the conference must be subjected to referendum to pass it into a Peoples’ Constitution.

Governor Theodore Orji set the ball rolling in his opening remarks when he commended President Goodluck Jonathan for setting up the committee even as he described the task as daunting.

Orji asked the committee to look for “salient propositions that will foster unity in the country” from the avalanche of submissions received in the course of their work.

The governor said the proposed conference must among other things resolve the issues of Nigerian civil war and the marginalisation of the people of South East in the politics of the country, as well as resolve the growing conflict of resource control and injustice in the sharing of the nation’s resources.

Furthermore, Orji urged the conference to resolve the conflicts created by the Mamman Nasir boundary demarcation committee, saying that if the nagging issues confronting the nation were amicably resolved at the conference, the nation would enjoy peace, unity and progress.

The position of Abia State was presented by Prof. Joe Irukwu, who would lead other prominent persons from the state to the National Conference.

“Abia has over 200 ethnic groups, we suggest selection to be on six geopolitical zones,” Irukwu said and proposed further that between 60 to 100 persons should be selected from each zone.

However, Imo State Government was not represented on the occasion, but individuals and many groups, including town unions and community associations from the state attended and made proposals.