ABA GENOCIDE : NIGERIA ARMY,POLICE ARE SHOOTING TO KILL BIAFRANS IN ABA, OVER 9 KILLED, 15 OTHERS INJURED

Ethnic cleansing is currently being executed against Biafrans in the Aba city of Abia  as a joint section of Nigerian police and army are shooting sporadically at Biafrans who are protesting the death of two Biafrans killed by Hausa-Fulani terrorists in Ariaria and Ogbor-Hill respectively.According to eye witness reports gathered by Family Writers, an Hausa man possibly a Boko Haram member stabbed to death a Biafran at Ariaria market in Aba during and argument which ensued between two of them.Simultaneously, another Biafra woman was reportedly shot dead by an Hausa-Fulani soldier at Ogbor-Hill also in Aba after the terrorist Nigerian soldier saw her quarrelling with an Hausa-Fulani woman. 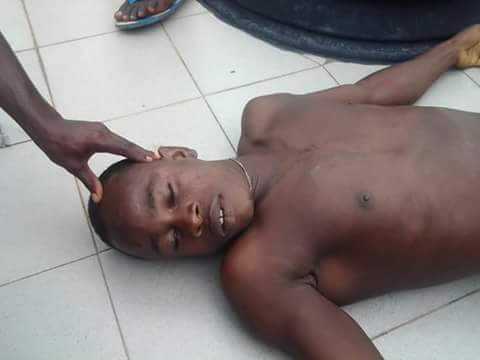 This has sparked a wild protest in Aba even as Nigerian security agencies majority of which are Hausa-Fulani who are supposed to water down the situation are busy shooting sporadically at hundreds of Biafrans who have trooped out to protest. Not less than ten Biafrans are currently dead as a result of the shootings even as many have sustained serious gun shots injuries. This is coming as a shock to Biafrans who are suprised that the genocidal Nigerian armed forces have found it very hard to suppress their terrorism tendencies despite the commencement of Investigations by the International Criminal Court of Justice into their extra-judicial killings and numerous rights abuses. Paul Ihechi Alagba of Family Writers reporting from Biafra land