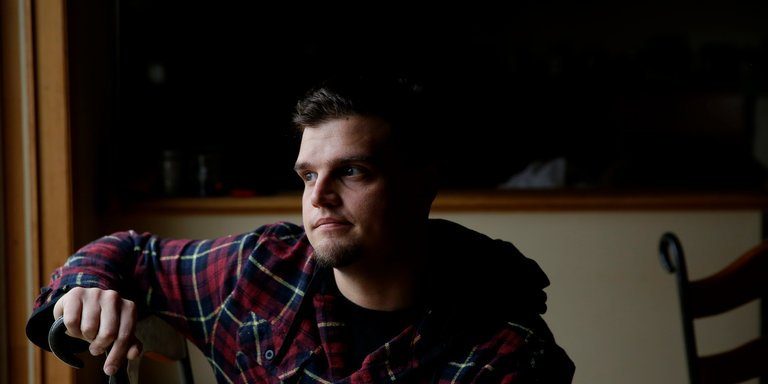 By the time Thomas Hodorowski made the connection between his marijuana habit and the bouts of pain and vomiting that left him incapacitated every few weeks, he had been to the emergency room dozens of times, tried anti-nausea drugs, anti-anxiety medications and antidepressants, endured an upper endoscopy procedure and two colonoscopies, seen a psychiatrist and had his appendix and gallbladder removed.

The only way to get relief for the nausea and pain was to take a hot shower.

When the hot water ran out, “the pain was unbearable, like somebody was wringing my stomach out like a washcloth,” said the 28-year-old, who works as a production and shipping assistant and lives outside Chicago.

It was nearly 10 years until a doctor finally convinced him the diagnosis was cannabinoid hyperemesis syndrome, a condition that causes cyclic vomiting in heavy marijuana users and can be cured by quitting marijuana.

Until recently the syndrome was thought to be uncommon or even rare. But as marijuana use has increased, emergency room physicians say they have been seeing a steady flow of patients with the telltale symptoms, especially in states where marijuana has been decriminalized and patients are more likely to divulge their drug use to physicians.

“After marijuana was legalized in Colorado, we had a doubling in the number of cases of cyclic vomiting syndrome we saw,” many of which were probably related to marijuana use, said Dr. Cecilia J. Sorensen, an emergency room doctor at University of Colorado Hospital at the Anschutz medical campus in Aurora who has studied the syndrome.

“C.H.S. went from being something we didn’t know about and never talked about to a very common problem over the last five years,” said Dr. Eric Lavonas, director of emergency medicine at Denver Health and a spokesman for the American College of Emergency Physicians.

Now a new study, based on interviews with 2,127 adult emergency room patients under 50 at Bellevue, a large public hospital in New York City, found that of the 155 patients who said they smoked marijuana at least 20 days a month, 51 heavy users said they had during the past six months experienced nausea and vomiting that were specifically relieved by hot showers.

Extrapolating from those findings, the authors estimated that up to 2.7 million of the 8.3 million Americans known to smoke marijuana on a daily or near-daily basis may suffer from at least occasional bouts of C.H.S.

“The big news is that it’s not a couple of thousand people who are affected — it’s a couple million people,” said Dr. Joseph Habboushe, an assistant professor of emergency medicine at N.Y.U. Langone/Bellevue Medical Center and lead author of the new paper, published in Basic & Clinical Pharmacology & Toxicology.

Others questioned the one-in-three figure, however. Paul Armentano, the deputy director for the National Organization for the Reform of Marijuana Laws (NORML), said that even with more widespread use of marijuana, “this phenomenon is comparatively rare and seldom is reported” and strikes only “a small percentage of people.”

And several physicians who routinely prescribe medicinal marijuana for conditions ranging from chronic pain to epilepsy said they have not seen the cyclic vomiting syndrome in their patients, but noted that they typically prescribe compounds that are not designed to produce a high and contain very low amounts of the psychoactive ingredient THC.

Dr. Habboushe said doctors in other parts of the country may be unfamiliar with C.H.S. or mistake it for a psychiatric or anxiety related syndrome. And even if they are aware of it, many regard it as a “rare, kind of funny disease,” replete with anecdotes of patients who spend hours in the shower.

But the condition can be quite serious. One 33-year-old military veteran who asked not to be identified by name described bouts lasting up to 12 hours in which he felt “like a puffer fish with sharp spikes was inflating and driving spikes into my spine from both sides. I’ve broken bones, and this blew it out of the water.”

“I know patients who have lost their jobs, gone bankrupt from repeatedly seeking medical care, and have been misdiagnosed for years,” Dr. Habboushe said.

“Marijuana is probably safer than a lot of other things out there, but the discussion about it has been so politicized and the focus has been on the potential benefits, without looking rigorously at what the potential downside might be,” he said. “No medication is free from side effects.”

Patients often arrive at the hospital severely dehydrated from the combination of hot showers and the inability to keep food or liquids down, and that can lead to acute kidney injury, said Dr. Habboushe.

But since many patients develop the syndrome only after many years of smoking pot, they don’t make the connection with their pot habit and have a hard time accepting the diagnosis.

The confusion is understandable, Dr. Sorensen said. “Marijuana is viewed as medicinal, and it’s given to people with cancer and AIDS. People know it’s used to help with nausea and stimulate the appetite, so it’s difficult to get patients to accept that it may be causing their nausea and vomiting.”

It’s unclear why marijuana can produce such discordant effects in some users. But Dr. Sorensen often tells patients that it’s similar to developing an allergy to a favorite food.

Getting the right diagnosis often takes a long time. The average patient makes seven trips to the emergency room, sees five doctors and is hospitalized four times before a definitive diagnosis is made, running up approximately $100,000 in medical bills, Dr. Sorensen’s study found.

“They get really expensive workups, lots of CT scans and sometimes exploratory surgery” to rule out dangerous conditions like appendicitis or a bowel obstruction, Dr. Sorensen said. “At the end of the day they’re told, ‘You’re smoking too much pot.’”

The symptoms of C.H.S. often do not respond to drug treatment, though some physicians have had success with the antipsychotic haloperidol (sold under the brand name Haldol) and with capsaicin cream.

The good news is that C.H.S. has a pretty simple cure: abstinence. Patients stop having pain and vomiting episodes when they quit smoking, experts say. And if they start smoking again, they are likely to have a recurrence.

Mr. Hodorowski said he quit smoking once he accepted that marijuana was the cause of his problems, but acknowledges he was in denial for a long time. Now, he says, he’s telling his story so other people can learn from his experience.

“I hope they’ll be honest with themselves so they don’t have to go through what I’ve been through,” he said. “I’m very lucky to have survived this.”