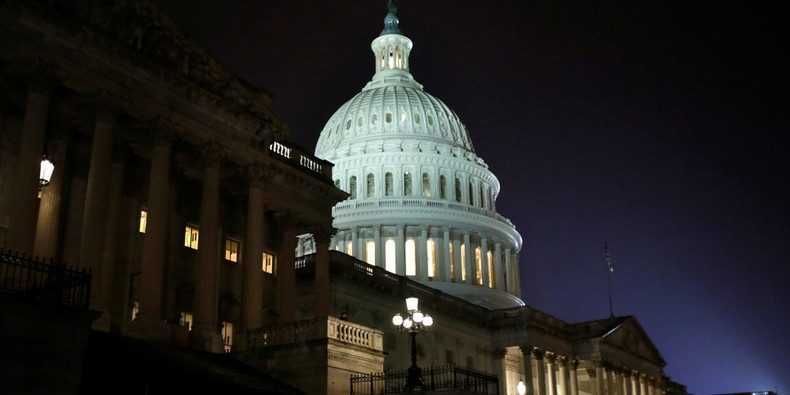 Grateful to have Republican @PeterRoskam join me today in introducing legislation to condemn Russia’s interference in European elections. pic.twitter.com/wkF2EoXIVF

The resolution begins by citing a report from Office of the Director of National Intelligence (ODNI), entitled, the “Assessing Russian Activities and Intentions in Recent US Elections.”

The report claims 17 intelligence agencies came to the unanimous conclusion that “the Government of the Russian Federation interfered in the elections for public office held in the United States in 2016.”

NY Times says the US intelligence report on Russia is “damning and surprisingly detailed,” then adds that it contains no actual evidence pic.twitter.com/qpncWboVEV

However, the report from the ODNI did not provide any hard evidence that Russia interfered with the election.

The bipartisan group of senators is calling for sanctions against Russia and “entities and individuals within Russia or associated with the Russian Government engaged in hacking, cyber-attacks, and propaganda campaigns with the intention of interfering in democratic elections.”

The resolution would also declare that Russia was behind the hacking campaign in order to “influence politics and elections in democracies throughout Europe,” and would call upon Russia to cease interfering in any foreign elections.

“The only problem is that, to date, since June last year, we haven’t seen any bit – any piece – of physical evidence that Russia may have done anything,” Yaroshevsky reports.

Yaroshevsky says new evidence might be revealed by the investigation from the by the House Intelligence Committee. The first public hearing will begin on March 20. However, Yaroshevsky points out that “in three months it’s going to be a year since the first allegations came out.”

By that time, Yaroshevsky says, “People would just doubt whether this theory has any substance at all.”

Half of the resolution deals with Europe, and warns that “Russian officials have expressed their desire to divide the North Atlantic Treaty Organization alliance, weaken democratic institutions, and support extremist, pro-Moscow candidates throughout Europe.”

The resolution says that Russia interfered with elections in Ukraine, Bulgaria, France, Italy, Norway and Germany.

Roskam, who serves on the House Foreign Affairs Committee, issued a press release issued on Wednesday after the resolution was announced, saying: “The Kremlin needs to know that we will not tolerate their ongoing efforts to undermine our closest allies.”

Cicilline also issued a press release, saying: “Russia is attempting to undermine democracy and democratic institutions across the Western world.”

“And it’s the same story – we’ve been hearing these allegations for many, many months now,” Yaroshevsky says, adding that “to date, we haven’t seen any single piece of evidence.”

“So, again, a lot of noise is being made, but some may say, where there’s a smoke there’s a fire. But in this case, the smoke has been going on for so long, and yet we haven’t seen even the slightest sparkle of that fire,” he added.