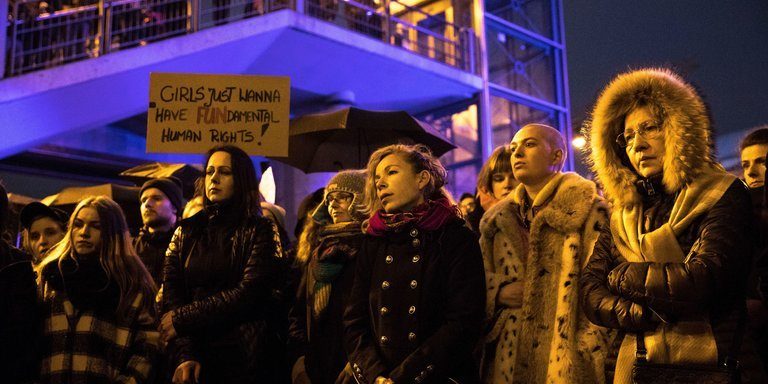 BERLIN — She was an obscure gynecologist in a central German town who never intended to stoke a debate that is driving a wedge into Chancellor Angela Merkel’s new government.

But faced with a fine under a Nazi-era law for publishing information about abortion on the website of her gynecological practice, Kristina Hänel said she had no choice but to publicize a prohibition that she calls “outdated and unnecessary.”

The law, paragraph 219a of the German criminal code, makes it a crime for doctors to publicly advertise in any way that they perform abortions, even though they are permitted in the first 12 weeks of pregnancy. For decades, the advertising ban was largely overlooked. Many gynecologists who listed abortion among their offerings to prospective patients say they were not aware of its existence until they received notice from a prosecutor informing them of legal proceedings against them.

Just weeks into Ms. Merkel’s fourth term in office, the issue has become a challenge facing the first woman to serve as German chancellor. Amid a spiraling debate, it is testing her ability to establish common ground between the conservative bloc of her own Christian Democrats and more liberal forces in their governing partners, the Social Democrats.

The chancellor’s new justice minister, Katarina Barley, now has to propose a bill that can make peace. She is a member of the Social Democrats, who in December agreed on a proposal to rescind the law. But they withdrew that bid hours before Ms. Merkel was sworn in on March 14, after the chancellor promised that she would support a compromise.

“I am holding the chancellor to her word,” Ms. Barley told Die Zeit weekly. Earlier, she had indicated how a solution might look: instead of repealing the law, changing the wording so that overt advertising remains illegal, but allowing doctors to provide factual information about the procedure.

But conservative forces within Ms. Merkel’s party appear intent on keeping the debate focused on the moral issue of abortion. On March 18, the new health minister, Jens Spahn, accused those seeking to overturn the law of caring more about protecting the lives of animals than of unborn humans.

Dr. Hänel considers such arguments similar to those promoted by activists who have increasingly sought to bring legal proceedings against doctors who provide abortions. According to the most recent statistics published by the Federal Criminal Police, such complaints were filed against 35 doctors in 2015, up from 27 in 2014.

Not all have led to formal charges and even fewer to convictions, but Dr. Hänel and other doctors see a trend that they say aims to prevent them from providing a legally allowed medical procedure.

“I can’t believe that in this day and age the language and mind-set of the time when abortions were illegal continue to play a role in a country that is otherwise viewed by the rest of the world with respect,” Dr. Hänel wrote on March 19 in an open letter to Ms. Merkel. “I am ashamed and I hope that we can resolve this problem.”

This is not the first time Germans have struggled with the issue of abortion. The procedure was illegal in West Germany until the 1970s, when women took to the streets to demand the right to decide what happens with their bodies. In 1974, a law was passed legalizing abortion in the first trimester, but the country’s highest court overturned that ruling the following year.

A compromise requiring permission from a doctor in order to be allowed an abortion was further eased in the 1990s, after East Germany — where abortion was allowed in the first 12 weeks of pregnancy — was absorbed into the West, leading to the current legal agreement. Under that arrangement, abortion is a crime, but will not be prosecuted in the first 12 weeks if a woman undergoes counseling and a three-day waiting period.

In neighboring Austria, Christian Fiala, a gynecologist, has advertised for years that his clinic offers abortions. “Unwanted pregnancy?” reads a billboard in the University station of Vienna’s subway that includes his clinic’s name and telephone number. A decade ago, he began collecting the names of German doctors who perform abortions and publishing them on his website, which is based in Austria and therefore not subject to German restrictions.

“Information is absolutely essential, because women who find themselves unexpectedly pregnant need information urgently,” Dr. Fiala said. “This has nothing do with advertising that would make it easier for a woman to decide to have an abortion just because she sees a poster somewhere. That idea is not only completely absurd, it is pretty sexist.”

The Netherlands requires a five-day waiting period for an abortion to be carried out in the first 12 weeks, while in Belgium that time period is six days. In neighboring France, a woman seeking an abortion must take part in two consultations with a doctor or midwife. But unlike in Germany, this information is publicly available.

“Germany is the only country in Europe where doctors are not allowed to provide information about abortions,” Dr. Hänel said.

In November, an administrative court found Dr. Hänel guilty of violating the law, because her website allows prospective patients to request and receive a two-page printable handout detailing the legal requirements, anesthesia options and potential risks of the procedure.

Instead of quietly removing the information or accepting the fine of 6,000 euros, or about $7,400, Dr. Hänel has challenged the ruling and is vowing to take it to the country’s highest court if needed. To raise awareness, she began a petition demanding a “right to information about abortion.” She pointed out that the law had been introduced by the Nazi Party in the 1930s to criminalize Jewish doctors.

Immediately, the center-left Social Democrats rallied to the issue. In February they insisted that “Doctors must be able to inform women about terminating a pregnancy.”

But that was before it was clear that the party’s members would approve entering into yet another government under Ms. Merkel’s leadership. It was also before key members of Ms. Merkel’s conservative Christian Democratic Union made clear that they would not support any changes that could be viewed as easing the abortion law.

The left-leaning party agreed, angering supporters and women who had joined protests calling on the government to rescind the law.

“Unbelievable!” wrote Lisa Paus, a Green party lawmaker who supports abortion rights. “A fatal signal to women,” wrote Ulle Schauws, another Green lawmaker. She pointed out that if the Social Democrats were willing to break with Ms. Merkel’s party and join with the Greens and the Free Democrats, they would have enough votes to change the law.

Last week, the leader of the youth wing of the Social Democrats, Kevin Kühnert, called for lawmakers to be allowed to vote based on their conscience, instead of along an agreed party line, on whether to rescind the law. That is how Germany swiftly ushered in same-sex marriage last spring, after years of failed attempts.

“The majority in Germany supports a change to the law,” Dr. Hänel said. “But those who are against it are very loud.”