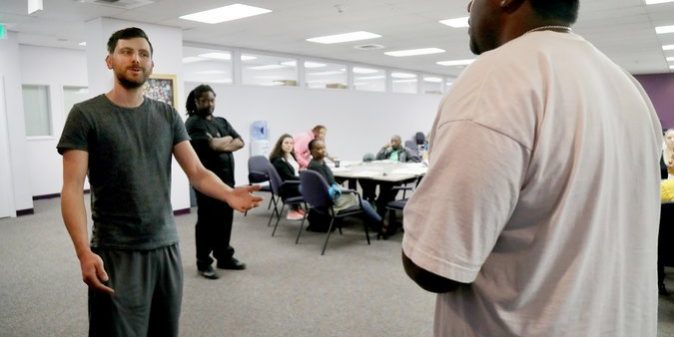 SACRAMENTO — How do you get a landlord to endorse a proposal to limit rent increases?

Yong Her, a 39-year-old bookkeeper, was one of 40 or so organizers who considered the question on a recent afternoon. The group had gathered in a conference room here to discuss strategies for getting people of various backgrounds, incomes and occupations to sign a petition to put a rent-control measure before Sacramento’s voters.

It was one small scene in what is shaping up as an epic battle on the state and city levels to combat California’s affordable-housing crisis. Pitting a rising tenants rights’ movement against apartment owners, the fight will consume tens of millions of dollars’ worth of organizing effort and political advertising before the November election.

If the Sacramento initiative were to make the ballot and ultimately pass, rent increases would be capped at 5 percent a year. That kind of law is a fairly easy sell in higher-density apartment complexes where everyone is a renter. But organizers need 50,000 signatures for the measure to be certified. That means they have to comb the city in search of registered voters willing to sign — and they aren’t going to reach their goal, let alone pass the law, unless they persuade homeowners and small landlords to join together with tenants.

So before organizers like Ms. Her left that evening to go door to door with bags full of pens and petitions, they watched while their colleagues play-acted some scenarios. The hardest one was getting a landlord to sign. The man playing the landlord was skeptical (“Stop right there — I’m a landlord”). The man playing the organizer was gentle and persistent (“It’s just to put it up for a vote”).

The room took a few minutes to review the performance and suggest improvements. (One person recommended telling landlords that the proposed law could save them money by creating a board to rule on rent disputes, keeping them out of small-claims court.) Then Ms. Her and another organizer, Marie Camacho, left to do the real thing.

A short drive later, they were in a sprawling neighborhood of single-family homes with long and winding streets. It seemed an unproductive place to go knocking, but Ms. Her was not intimidated.

Until recently, rent control was mostly limited to a few urban areas in New York, California and New Jersey, as well as the District of Columbia. About half of states prohibit cities from even considering the idea, according to the National Apartment Association. But as cities have become magnets for high-paying jobs, producing higher rents and fights over gentrification, tenants’ movements have spread.

Last year Portland, Ore., passed a law requiring landlords to pay relocation costs for renters evicted without cause, while legislators in Washington State considered but ultimately killed a law that would have lifted a prohibition on rent control and paved the way for cities like Seattle to pass rent regulations. In Denver, Minneapolis and Nashville, tenants are fighting displacement, pushing for expanded protections and organizing into tenants’ unions.

“Towns and cities everywhere are seeing new organizing to build tenants’ unions, fight for renters’ rights and change these laws,” said Ryan Acuff, an organizer based in Rochester, N.Y., for the Homes for All Campaign, a national coalition of tenant activists.

In California, where one in five people lives in poverty once rent is figured in, lawmakers have offered a flurry of bills to streamline building regulations, expand tenant protections and put more money toward subsidized housing. For many tenants, those efforts are not nearly enough. Up and down the state, activists and renters’ groups are using California’s tradition of citizen government to put voter initiatives on the ballot.

There was a similar movement two years ago, when activists in a handful of cities in Silicon Valley and the surrounding San Francisco Bay Area promoted rent-control initiatives. They met with middling success, but as rents have risen further and rising homelessness has become an issue statewide, tenants’ groups are betting that voters will be much more receptive this time.

Some organizers are so confident that they are willing to try do-overs. The Santa Rosa City Council passed a rent-control measure in 2016, prompting a landlord-backed proposal that repealed the measure in a special election last year. Now, after the fires that destroyed thousands of homes across Santa Rosa and surrounding Sonoma County last year, organizers are getting ready to collect signatures for an initiative to put rent control back in place.

“People are already supportive of rent control, and even more so after the fire,” said Davin Cardenas, a director at the North Bay Organizing Project. “The need has not gone away, so we feel like we have a very good chance of winning.”

Running in parallel to the various local rent-control drives is a statewide initiative that would repeal a longstanding state law limiting local rent regulations. That measure is backed by the Los Angeles-based AIDS Healthcare Foundation, whose director, Michael Weinstein, has put tens of millions behind ballot measures on health care and housing issues. That effort, should it end up on the ballot, is likely to escalate into a war of radio, billboard and television ads that could surpass $100 million in combined spending, according to political consultants who have run statewide campaigns.