90yo puts everyone to shame with impressive pull-ups (VIDEO) 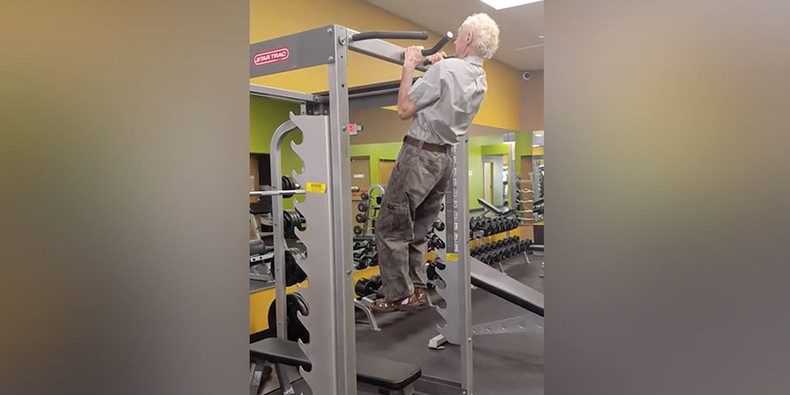 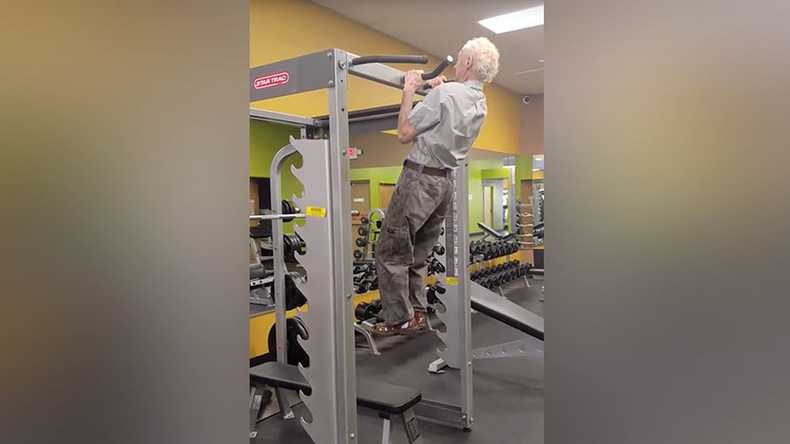 Vern’s son shared a video of his dad’s impressive set of pull-ups on Sunday, which has already been viewed almost 60,000, and subsequently put every other pensioner (and the rest of us) to shame.

“This is my Dad. It’s his birthday today and he’s 90. We go to the gym regularly and he loves to do pull-ups! I think he does pretty good considering he broke both elbows as a kid,” wrote Vern’s son.

Naturally, ‘Verny Boy’ capitalized on his newfound fame by launching a series of social media channels on YouTube, Imgur and Twitter.

Obviously the internet, being an inherently lethargic space where the negative people of the world congregate, used Verne’s extraordinary skills to point out the laziness in themselves or others.

“Well pull ups are easier when you’re constantly being ever so gently pulled towards heaven,” wrote Imgur user insertclevertitlehere.

“Twenty four…That’s how many he did for those too lazy to count,” pointed out tonez87.

“I’ve been on the couch for 47 mins browsing usersub and there is a 90 y/o doing pull ups. Reason number 5,237 I’m not going anywhere in life,” wrote twistedtrucker.

“Secret of living longer is confirmed to be pull-ups… and socks with sandals,” wrote jao100.