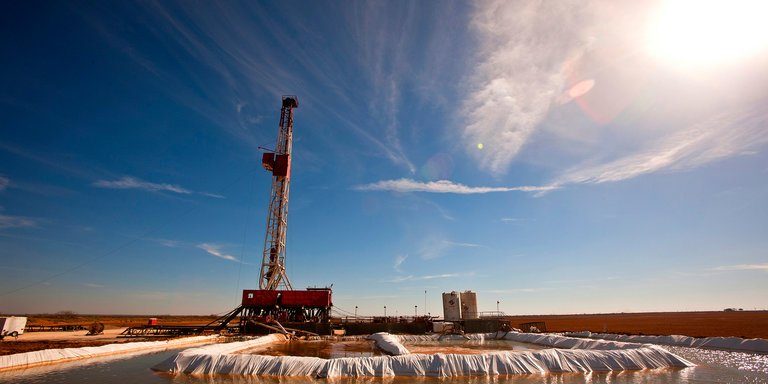 HOUSTON — Two Texas oil companies joined forces on Wednesday in the biggest deal yet in the Southwestern oil patch, one that should add momentum to the rush to produce more oil as prices rise.

The creation of a shale-oil colossus comes at a precarious moment, when production in the region is expanding so fast that pipeline construction is barely keeping up. That may cap the potential of the deal, at least over the next year or two, to get oil to the market profitably.

The move by Concho Resources to purchase RSP Permian for $9.5 billion will make it the biggest shale oil and natural gas producer in the Permian Basin, the oil-rich area. With 27 rigs, the company said it would have the area’s largest drilling and hydraulic fracturing operation and a reach of 640,000 acres.

Much larger companies, like Exxon Mobil and Chevron, are also increasing their investments in the Permian Basin, where output has doubled to roughly three million barrels a day over the last five years, making it the principal driver of the domestic oil production boom.

The response from Wall Street to the deal was mixed. Concho shares were down nearly 9 percent in afternoon trading while RSP Permian shares soared 15 percent.

Oil companies are generally out of favor on Wall Street, and the Permian Basin is not without problems at a time when oil prices remain well below the $100-a-barrel levels of recent years. The current range is $60 to $70 a barrel.

Producers face rising expenses as competition for service companies that do most of the exploration becomes more vigorous. There is also a shortage of field workers and truck drivers, in part because many employees left the oil business for good after they were laid off when oil prices collapsed four years ago.

And the plummeting price of natural gas, which bubbles up with oil, has made it an added financial burden for companies to process and ship.

The Paris-based International Energy Agency has warned that later this year there may be insufficient pipeline capacity to move new production. That would drive down the price of local crude, and force companies to either slow production or transport crude by truck or rail, adding to company expenses.

“We definitely need relief,” said Ben Shepperd, president of the Permian Basin Petroleum Association. “It’s just a lot easier to drill wells than it is to install the requisite pipeline capacity.”

But Steven Gray, RSP’s chief executive, said the combined company “will have the vision and necessary financial strength to efficiently develop the tremendous resource potential of these assets with large-scale projects.”

The timing of the Concho-RSP deal reflects the sentiment among local oil executives that the potential pipeline shortage will eventually be resolved as new pipelines are completed to take product across Texas to Gulf Coast refineries and export terminals. Executives see China as a growing market for oil exports and Mexico for gas exports.

For years, Concho was a sleepy company that shied away from media attention. But it has taken off over the last five years as hydraulic fracturing and horizontal drilling made shale production possible on a large scale. Concho, along with EOG Resources, has some of the most productive wells in the New Mexico section of the Permian.

“The wells are just monsters and tremendously profitable,” said Sven Del Pozzo, an expert on the Permian Basin at the energy consultancy IHS Markit.

The Concho deal was the largest merger and acquisition in the oil exploration and production sector since 2012, according to the research firm Wood Mackenzie. It follows Exxon Mobil’s $6.6 billion acquisition of 275,000 acres of Permian fields in New Mexico last year. Exxon recently announced that it would triple its oil and gas production in the Permian, spending $50 billion on its operations over the next five years.

The Concho and Exxon moves are part of a broad trend in the industry, which is shifting and concentrating investments in Texas and New Mexico, and from natural gas to oil. For instance, QEP Resources, a major national-gas producer based in Denver, has been shedding holdings in Wyoming, in Louisiana and elsewhere in an effort to become a pure Permian operation.

Rystad Energy, a Norwegian consultancy, recently projected that growing oil production by 20 select oil companies suggests that total growth in Permian oil production in 2018 could reach as much as 850,000 barrels a day, a figure that surpasses recent daily oil imports from Saudi Arabia.

But the production bulge produces a challenge for pipeline transport.

According to a recent International Energy Agency report, production growth reduced available pipeline space in West Texas from 300,000 barrels a day at the start of 2017 to just 160,000 barrels by the end of the year. It said the expected growth in production would outpace pipeline capacity expansions by later this year and 2019.

The problem was compounded last week when Magellan Midstream Partners canceled plans for an oil pipeline across Texas with a capacity of 350,000 barrels a day that was to have gone into operation in late 2019. The project fell through, at least for the time being, because smaller producers were not willing to commit to agreements that guarantee use for a fee.

“Oil has a problem late this year and also in 2020,” said Scott D. Sheffield, chairman of Pioneer Natural Resources, a major Permian producer. “It will teach these producers a lesson that they better sign up.”