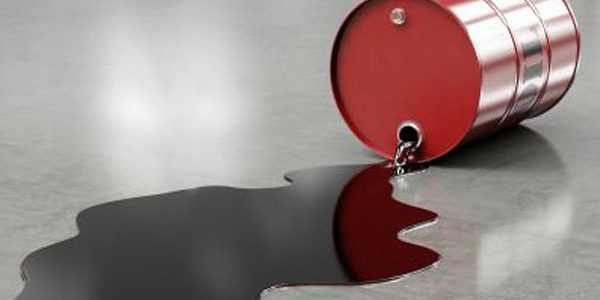 The Nigerian Extractive Industries Transparency Initiative (NEITI) has faulted a report in a national daily (not Daily Sun) that the country losses $8 billion yearly to Crude Oil Swap Arrangement, insisting that the report was not only wrong but misleading.
According to NEITI’s Director of Communication, Mr. Orji Ogbonnaya Orji, that the news item attributed to NEITI’s presentation at a recent hearing was indeed grossly misinterpreted.
The NEITI boss explained that What NEITI presented and explained at that hearing was that there is no cost efficiency in the transactions with the offshore processing organizations. Indeed, a firm involved in the crude swap agreement; Taleveras Petroleum, also faulted the report by the national daily, which listed 152,308,878 litres against the firm instead of $152,308,878 as released by NEITI.

Senior Trading and Supply Executive of Taleveras Petroleum, Mr. Leonard Kwentua, disclosed that Taleveras supply of Gasoline under the swap arrangement are on- going activities which accounts are reconciled quarterly to determine what is oversupplied or under supplied.
‘‘This Barter Arrangement is a major factor responsible for the sustainability of supply and availability of Gasoline across Nigeria. International Financial Institutions are very sensitive to sensational media reports and most recently, these inaccurate reports do more harm than good in structuring finance for petroleum product supply into Nigeria.
Furthermore, It is on record that Taleveras is one of the most active supplier of refined petroleum products in and out of Africa as a whole and in particular PPMC under the Duke/Taleveras arrangement. We are often than not, used as a Performance example.
Secondly, for the swap transaction, there is an underlying security in form of a standby letter of credit in favour of PPMC. So if you don’t deliver the products, PPMC are in a position to cash your letter of credit. These letters of credits are issued in favour of PPMC by first class banks and must be bank confirmed prior to an offtake of the crude. So in essence, no letter of credit , no lifting of crude,’’ he argued.
For instance, he explained that the NEITI report showing 2011 under delivery of about $ 52 million in their Table, does not reflect the actual sum, as Inventory warehousing cost is not applied to this figure.
He stated further that balance on account of this on- going term deal is fully secured at all times, due to the fact that there is an underlying security always in place, by way of an active bank issued letter of credit, which in this instance stood at $200 million in favour of PPMC during the period stated, adding that as at December 2013, the balance on account shows Taleveras has over supplied in its delivery obligations, subject to reconciliation with PPMC.
‘‘There has always been an issue when indigenous companies are empowered or encouraged to partake in a business that has had international dominance for several Years. These Swaps and offshore processing arrangements have been done in Nigeria many years ago and dominated by international oil companies. In more recent times, we have seen British Petroleum Plc, operate through a subsidiary an offshore processing agreement in Nigeria with NNPC/PPMC, there was never any backlash as we have seen now. Nigerian companies should be encouraged as we strengthen our economy by the size, these activities bring to our balance sheet, which in turn gives us an opportunity to enlist the confidence of local and international financial institutions,’’ he maintained.