4,000 lose jobs in Anambra following refusal of the Federal Government to assist industrialists 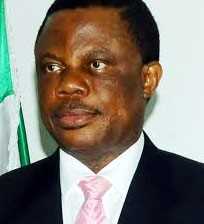 Anambra State, have lost their jobs, following refusal of the Federal Government to assist industrialists who lost their machines to the 2011/12 flood disaster that ravaged the state.
Chairman, Pokobros Group of Companies, Chief Paul Okonkwo, who disclosed this in an Interview with Vanguard at Isuofia, said some companies in the estate closed shop because of the flood.
Some of the industries located in the area are Pokobros Group of Companies, Kristoral Group of Companies, Borillo Pipes Industries Limited, Patason Zochanis (PZ) Industries, Orange Drugs Industries Limited,  Ejiagwu Industries Limited, Dozzy Group of companies Limited, Intafact Company, a subsidiary of SaB MillierGroup, brewers of Hero larger Beer, Grand Malt, just to mention a few.
Chief Okonkwo said that almost four years after the flood disaster that ravaged communities in the state and companies in the area, the Federal Government was yet to come to their rescue, even when they had written the Presidency, Senate and House of Representatives.
“The President himself constituted a panel to see what can be done for the industries, and the panel raised so much money, including money they brought from donor agencies in Europe and America and all walks of life, but up till today, our machines that the flood destroyed are still there unrepaired because of huge amount of money required to make them work.
“Even after the visit of the industries by the Manufacturers Association of Nigeria, MAN, nothing has happened in terms of help from the Federal Government.
“Some of you are aware that we have laid off over 4000 workers and contractors to some of our companies are also affected.
“There is still danger, because the flood may happen again and any further delay in coming to the rescue of the companies will spell doom for some industries that are managing to produce, and their workers,” he said.
He appealed to the Federal Government to come to their rescue without further delay as more companies were folding up because of the effect of the flood disaster.
Okonkwo also called on the Minister of Trade and Industries, Dr. Olusegun Aganga, to visit the industrial estate to see things for himself.
Source vanguard