31 marginal oil fields up for sale in new licensing round 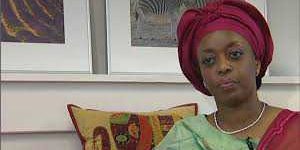 The Federal Government yesterday announced the commencement of the second marginal field licensing round for the sale of 31 oil fields.

Minister of Petroleum Resources, Mrs. Diezani Alison-Madueke, at a press briefing in Abuja, said 16 of the oil fields on offer were located onshore, while the remaining 15 were in the continental shelf. The licensing round comes 12 years after the initial exercise.

The marginal fields are small oil blocks which have been recovered from international oil companies due to their failure to develop them over time and are being sold to local firms to encourage increased Nigerian participation in oil and gas exploration and exploitation activities.

Alison-Madueke said that the Department of Petroleum Resources, DPR, would undertake a road show to different parts of the country about the programme. She added that this would be followed by a three-and-a-half month of competitive bidding process in line with the Federal Government’s commitment to openness and transparency in the conduct of business activities in the country.

The minister also assured that government was determined to ensure that proper technical and financial due diligence was done on companies indicating interest in these assets in carrying out the exercise. Alison-Madueke explained that companies, where possible, were encouraged to bid in consortia to enable the parties leverage upon each other’s strengths.

She noted that the Nigerian Content Management Act had significantly increased the participation of Nigerian companies in the supply of goods and services to the upstream sector of the industry.

It is recalled that government announced the take-off of the first marginal field licensing round on August 31, 2001, which resulted in the allocation of 24 fields to 31 indigenous Nigerian companies in 2003.

The minister said the inauguration of the second marginal field licensing round followed the modest achievements of these companies which justified government’s local content initiatives. According to her, after about a decade, eight of these fields are producing while the others are in various stages of development.

She noted that the successful companies currently contribute about one per cent to the nation’s daily production mix, while recording additional discoveries in excess of 100 million barrels to the nation’s reserve base.