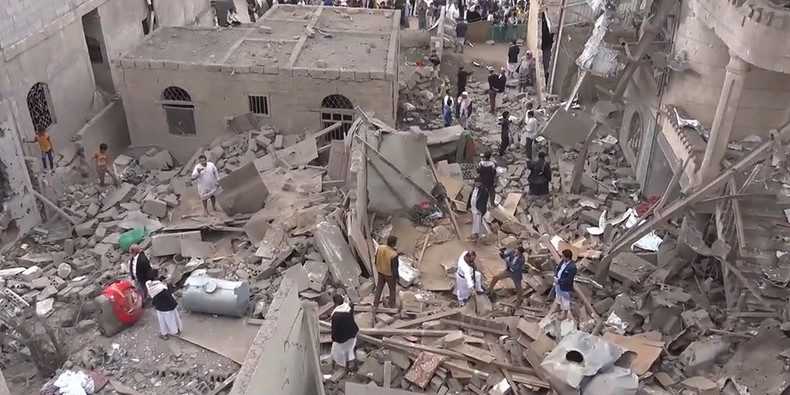 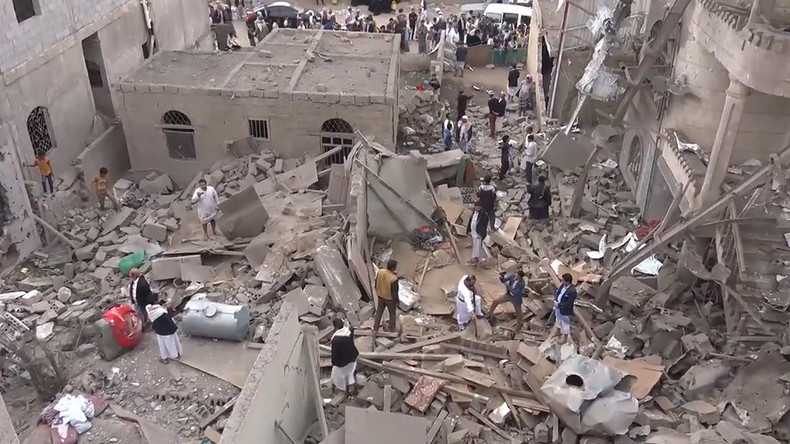 The Saudi-led coalition conducted a number of strikes in Yemen on Friday, bombing rebel targets throughout the war-torn country. At least one of the strikes, reported to have come from a Saudi F-16 plane, struck a residential building in Saana, Yemen’s Saba news agency reported.

Four people were killed in the strike, including three children, Al Jazeera reported, citing its sources on the ground. Three other people are reportedly unaccounted for.

“Four members of the al-Mahdi family, including an elderly woman and her three young grandchildren, were killed after their house was struck with an air strike shortly after midnight [Friday],” Hussain Albukhaiti told the news outlet.

The father of the family, who survived the strike but lost consciousness, told AP that three of his children, aged 12, 7 and 3, were in the same room when the building collapsed.

“I was about to turn on the TV when all of the sudden the roof toppled over our heads killing my children,” Rachid Hadi said.

According to reports, the strike happened in a residential neighborhood with no military installations, which could have served as a target for Riyadh’s air campaign in the area.

Footage from the scene shows an obliterated area with locals digging through the rubble trying to find any possible survivors.

Saudi Arabia has headed an international military coalition carrying out an unrelenting bombing campaign against Houthi rebels in Yemen since March 2015.

Riyadh and its allies have been accused of war crimes by humanitarian groups after their airstrikes hit residential areas and public gatherings on numerous occasions. For years now, NGOs continue to demand that the US, UK, and other countries stop selling arms to the Saudi-led coalition.

The death toll from the conflict has exceeded 10,000 people. More than 40,000 others have been wounded while over three million people have been displaced. Two-thirds of the Yemeni population – nearly 19 million people – are currently in need of emergency aid, with 7 million of them being on the brink of starvation, according to the UN.

The Saudi-led coalition has also imposed a naval and aerial blockade of Yemen, worsening an already dire humanitarian situation in the country.