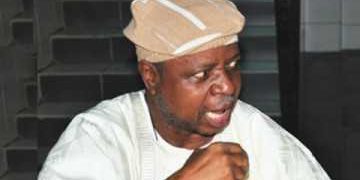 Northern interest groups have reacted angrily to suggestions by Chief Ebenezer Babatope that northern politicians should wait until 2019 to vie for the Presidency.

Babatope had, while speaking at a public function in Yenagoa, Bayelsa State last week, asked the northerners to wait till 2019 to take a shot at the Presidency.

He said, “If Jonathan declares to contest the 2015 election, I will be among the people that will campaign for him. I submit it is right and proper that the Ijaw man, President Goodluck Jonathan, completes his term in 2019.

“After that, if I am still alive, I will be one of those that will fight to ensure the North have its turn in 2019,” Babatope said.

Reacting to this suggestion on Thursday, the convener of the Coalition of Northern Politicians, Academics, Professionals and Businessmen, Dr. Junaid Mohammed said Babatope lacked the moral authority to offer any advice to the North.

Junaid told Saturday PUNCH over the telephone in Abuja, on Thursday, that Chief Babatope was part of a group of people around the late Chief Obafemi Awolowo who rejected a similar suggestion offered the late sage in 1979/ 1980.

As such, “For him now to come and start telling the North, you are talking about 85 million people over 70 per cent of the land mass of this country, you are telling them that they should wait until a certain date?

“If you want somebody to wait for something, tell him why you want him to do that. Who is Babatope?

“He was one those who made a career vilifying everything northern.

“If these are the kind of people who expect the North to take advice from them, then we will tell them to go hang. We are not going to take their advice.”

Mohammed noted that democracy was a game of numbers, as such, shutting out the majority out of any of the processes was out of the question.

Speaking in a similar vein, the Northern Elders Forum said just like any other Nigerian, Babatope was entitled to his opinion.

Spokesman for the Forum Prof. Ango Abdullahi, told Saturday PUNCH that it was one thing for a person to offer an advice and it remained the prerogative of the person being advised to do what he wanted with such a piece of advice.

He said, “Like every other Nigerian, Babatope is entitled to his opinion. He was even more charitable than some other individuals who were even suggesting that northerners should not even vie at all.”