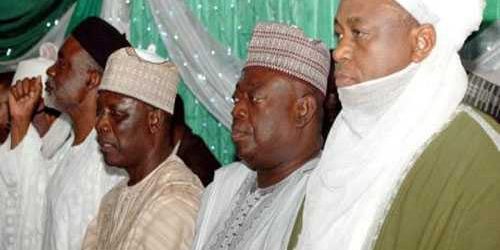 Northern Elders are not prepared to back down on the North’s demand for the presidency in 2015,spokesman for the group, Professor Ango Abdullahi has said.

“There is no going back on the presidency returning to the North in 2015, and that has remained our position,” he told The Nation on the outcome of the last weekend meeting of the Northern Elders Forum.

Professor Abdullahi accused the President of playing politics with the proposed national conference.

“As far as we are concerned, all this talk about national conference is political and geared towards 2015. It is also becoming clear that the only card on the table of Mr. President is ethnicity or religion. We are waiting to see how this will work in his favour,” he said.

But he explained that the North is not in any way against the conference.

His words: “The Northern Elders’ Forum met last weekend and we generally agreed with the direction of the North on the National Conference. And we said why not? The point we tried to make is what kind of conference?

“This is because we have had all sorts of conferences in the past from 1914 to date. All the reports of these conferences are there in the Government House. The Northern Elders’ Forum wondered what kind of conversation, dialogue, or conference that would be different from the ones we have had before.

“I am particularly surprised that those who have always wanted a sovereign conference are now backing out and for whatever reason, I cannot say. While the Northern Elders’ Forum may be at home with the proposed conference, as we have always maintained that we are ready for any kind of conference, I still maintain that we either have a sovereign conference or nothing else. Without that, we had better manage the system as it is. Otherwise, the proposed conference will be a mere talk shop and a jamboree.”