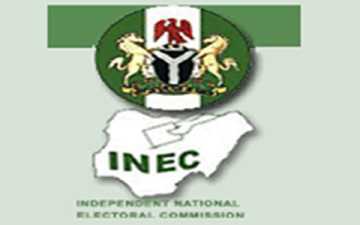 Lawyers dismiss request citing Electoral Act
Chuks Okocha in Abujaâ€¨
A new controversy has arisen over the conduct of the 2015 polls, as a political party, Young Democratic Party (YDP), which obtained a court judgment on Wednesday ordering the Independent National Electoral Commission (INEC) to register it and include it in the 2015 elections, has demanded that it be accommodated by the commission or the elections be postponed.

Addressing journalists in Abuja on Thursday shortly after its National Executive Committee (NEC) meeting, the National Publicity Secretary of the party, Mr. Ugo Nwofor, described the judgment as a victory for democracy, the rule of law and triumph over impunity.

Nwofor said that his party was ready for the 2015 elections and gave INEC two options: re-printing of its ballot papers to include YDP, so as to accommodate its candidates, or within the constitutional provision to further reschedule the polls.

“If INEC does not have the appropriation for logistics to reprint its ballot papers, then INEC ought to within the constitutional provision further re-schedule the general election so as to accommodate our party.

“In either of the two options, our party is ready. It has been a long journey for YDP and we wish above all things that INEC explores the first option,” he said.

However, reacting to the development, the INEC Director of Voter Education Osaze Uzzi and Chief Press Secretary to the INEC chairman Kayode Idowu said that they could not comment on the court order, noting that apart from what they had read in the newspapers, the processes of the court documents were yet to be served on commission.

Also, a National Commissioner of INEC, who did not want to be named, said:
“We are yet to be served. But mind you, INEC has the right of appeal. We will wait and unless the court processes are served on the commission we will proceed with the elections.

Also reacting to the demands made by YDP, some lawyers dismissed the demands of the party, stating that the judgment would not affect the elections.

Malam Abubakar Malami, an Abuja-based lawyer, was quoted in a news report as stating that the law requires that a political party must be registered within 90 days before an election to be eligible to field candidates for the poll.
According to him, the 90 days for YDP started to count from Wednesday when the judgment was delivered.

Also, for Lagos lawyer, Festus Keyamo, YDP cannot be part of the election because of the 90-day provision in the Electoral Act. “The judgment will not affect the election in any way,” Keyamo said.