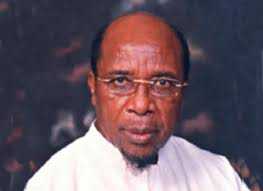 Senator representing Abia North Senatorial District in the National Assembly, Uche Chukwumerije (PDP), has decried what he termed the predicament of Igbo ahead the 2015 general elections.

The lawmaker, who spoke on “2015: Before Ndigbo lies an open grave,” said the people from the South-East were in a quagmire, having been reduced to second class citizens in a country they gave their all to build.

He said that for 43 years, Igbo had struggled for self-realisation and to reestablish themselves in a country they contributed immensely for its independence, unification and development, adding that the people had lost their inheritance.

He said: “The main problem we face is how to make our people move from second class citizens and produce a President of Nigeria.

“I shout about it in the Senate. We are yet to regain our position 43 years after the Civil War.”

Chukwumerije said economic and infrastructure development in the South-East was at its lowest ebb compared to what obtained in other zones of the country.

He said: “When they sited petrochemical industries, fertiliser industries and other major companies in the country not even a single one went to the South-East. All development efforts are concentrated outside the South-East.”

The legislator said the situation had made the people to feel not wanted and dejected.

He accused the Federal Character Commission of enforcing a discriminatory quota system on the country and promoting mediocrity.

Chukwumerije said the country had got to a situation where citizens needed to be given equal opportunities to excel, adding that a situation where cut-offmarks and conditions for entry into federal institutions varied among states was no longer acceptable.

On the aim of the empowerment programme, he said it had become imperative for political office holders to rally their people and give back to society in the absence of meaningful development.

The senator said his target was to make Abia North the backbone of skills manpower not only in the South-East but in the country.