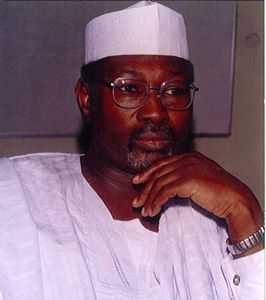 as the nation counts down to the 2015 general elections. Chairman of the commission, Professor Attahiru Jega, yesterday served advance notice that it may not be able to conduct elections in Adamawa, Borno and Yobe if the insurgency which attracted a subsisting emergency rule in the states last May continues.

Jega issued the warning while speaking at a day’s stakeholders meeting organised in Abuja by the Senate Committee on Electoral Matters in collaboration with the Policy and Legal Advocacy Centre, Abuja, and the United Kingdom Department for International Development.

“It is my hope that the challenges in the North East will be resolved before 2015. If the security is such that we cannot do election, then we may need to fall back on the law to suspend it or postpone it,” he added.

The INEC Chairman said the commission is considering holding the 2015 elections between January and February and would need about N93 billion to do so successfully.

The Boko Haram insurgency has consumed 1,200 lives in the last seven months, according to the Co-ordination of Humanitarian Affairs (Ocha). In all, about 4,000 are believed to have lost their lives since Boko Haram, which was founded in Maiduguri in 2002, launched its first uprising in 2009.