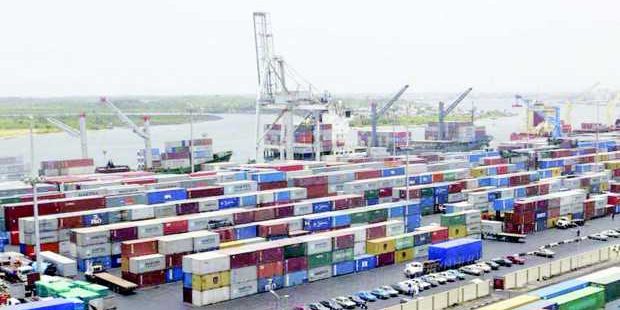 Nearly two years after the removal of over 500 abandoned consignments at Lagos Ports Complex in Apapa and Tin Can Island Ports Complex on the orders of the Presidency, no fewer than 2, 500 containers are still trapped at Tin Can Ports.

President Goodluck Jonathan had, following the congestion of the nation’s ports in 2011, constituted a special reform committee headed by his Senior Special Adviser on Monitoring and Compliance, Prof. Sylvester Monye, with the mandate to decongest the ports.

Managing Director of Tin Can Island Container Terminal, the concessionaire in charge of the biggest container terminal at Tin Port, Mr. Yehuda Kotic, disclosed that the congestion was partly caused by the abandonment of 2, 192 Twenty Equivalent Units (TEUs) since the inception of its 20-year concession agreement in 2006.

According to him, at the completion of the port reforms and coming on stream of the terminal operator, the Nigerian Ports Authority (NPA) was billed to transfer the consignments to the various bonded terminals in order to make room for incoming consignments, which it never did.

He said as the terminal operator, he is so handicapped because he is not authorised to remove or touch any of the containers even though they are hampering terminal operations at the terminal, adding that it is either NPA or Customs that has the statutory powers to remove them.

Details of the type and ownership of the abandoned containers were still sketchy at press time, but sources said they might belong to various federal and state agencies, especially those whose containers were also removed in the first exercise in 2011. Some of the suspected agencies are the Power Holding Company of Nigeria (PHCN), Central Bank of Nigeria (CBN), Delta Steel Mills and Federal Ministry of Power.

Details showed that PHCN abandoned not fewer than 250 container loads of vital equipment imported to boost power generation in the country, coming closely behind PHCN according to investigation was the Federal Ministry of Agriculture and Water Resources which abandoned 59 containers loads of items meant for government projects.