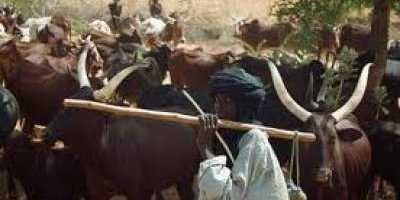 A Benue State House of Assembly member representing Agatu Constituency, Sule Audu, has said 175 people have been killed by suspected Fulani herdsmen in the area since April.

Addressing reporters in his Makurdi home, Audu noted that among those killed by the suspected mercenaries were children, women and the aged, who were either shot or hacked down with machetes.

The lawmaker said four villages in Agatu – Egima 1 and 2, Ikpele and Omogbou – had been deserted, following a series of attacks by suspected hired mercenaries.

He said the invaders also burnt houses and settled in the area.

Audu said the attackers of his constituents resembled Nigeriens, Malians and Chadians, adding that they operated in large numbers and used sophisticated arms.

He described the attacks and occupation of his constituency as an extension of Boko Haram, because his people were harmless peasant farmers.

The lawmaker urged the federal and state governments to assist his people because they “face extermination”.

Audu explained that the difficult terrain in the area has made it possible for security agencies to thoroughly check the invaders.

He averred that the attackers came to Agatu through Loko, in Obi Local Government Area of Nasarawa State.

The lawmaker hailed the state police command and officers of the Nigerian Army for repelling the attackers.