17-year-old docked for sleeping with own mother, raping four children. 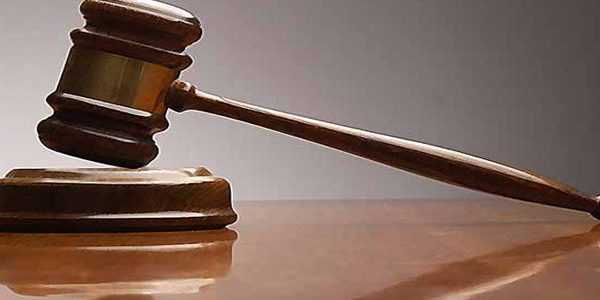 The suspect who blamed his strange sexual escapades on his mother, Mrs.  Idam Augustina Josephine, confessed to have had sexual intercourse with  his mother on several occasions and that he doesn’t know what usually  compel him to have sex with children in the area.
Parading the suspect at the Command headquarters in Abakaliki, the  state Commandant of NSCDC, Mrs. Ego Echendu, said the suspect was  arrested after a tip-off by an indigene of the area, adding that the  suspect had in a confessional statement disclosed that he had sexual  intercourse with his mother.
He said: ”We got a tip-off and sent some of our men to follow up the  information concerning an adolescent male who has been in the business  of raping children.
“We continued to monitor the suspect and fortunately at about 3 p.m  yesterday, our divisional office at Afikpo  North Local Government Area  was able to locate him and his mother who, we reliably gathered, was  also a  key player in the son’s sexual escapades.
”The suspect confessed to have been having sexual intercourse with  the biological mother and we asked to know when it started and he said  last year and also claimed that the mother usually encouraged him to  sleep with children of tender ages.
”Because this case involves women and children of these age bracket,  we want to transfer this case to the Ministry of Women Affairs in the  state for them to take it from there.
“He sleeps with his own biological mother who is in our custody now;  and again he also told us that he is a homosexual, he sleeps with other  male friends.
“From my analysis, I think he has some sought of brain disorder.”
Vanguard gathered that the suspect, who hailed from Amangu village in  Nkpohoro, began raping young children since 2008 and a Senior Secondary  School, SSS, 1 student of Oziza Secondary School, Afikpo North Local  Government Area of the state.

My mother used me for ritual —Suspect
According to the suspect, “I’m here because of my mother. She used me  for ritual. I don’t know what I’m doing. If I see a little child I will  rape her; this act started in 2008; it is not my fault but that of my  mother.
“I have raped my mother and four children. My father is late. I don’t  know myself again. I had homosexual activities with one Emmanuel three  times at Amangu in Afikpo North Local Government Area.”
His mum denies allegations
Reacting, the mother of the suspect, Mrs. Idam Augustina Josephine,  45, denied having any sexual involvement with his son, insisting that he  doesn’t know what was happening to his son.
She said: “I am 45 years and the mother of Chibuike Maduka. How can I  teach my child to rape little children? I’m here because my son raped  some children; he is telling a lie, he never had any sexual relationship  with me.”
VANGUARD