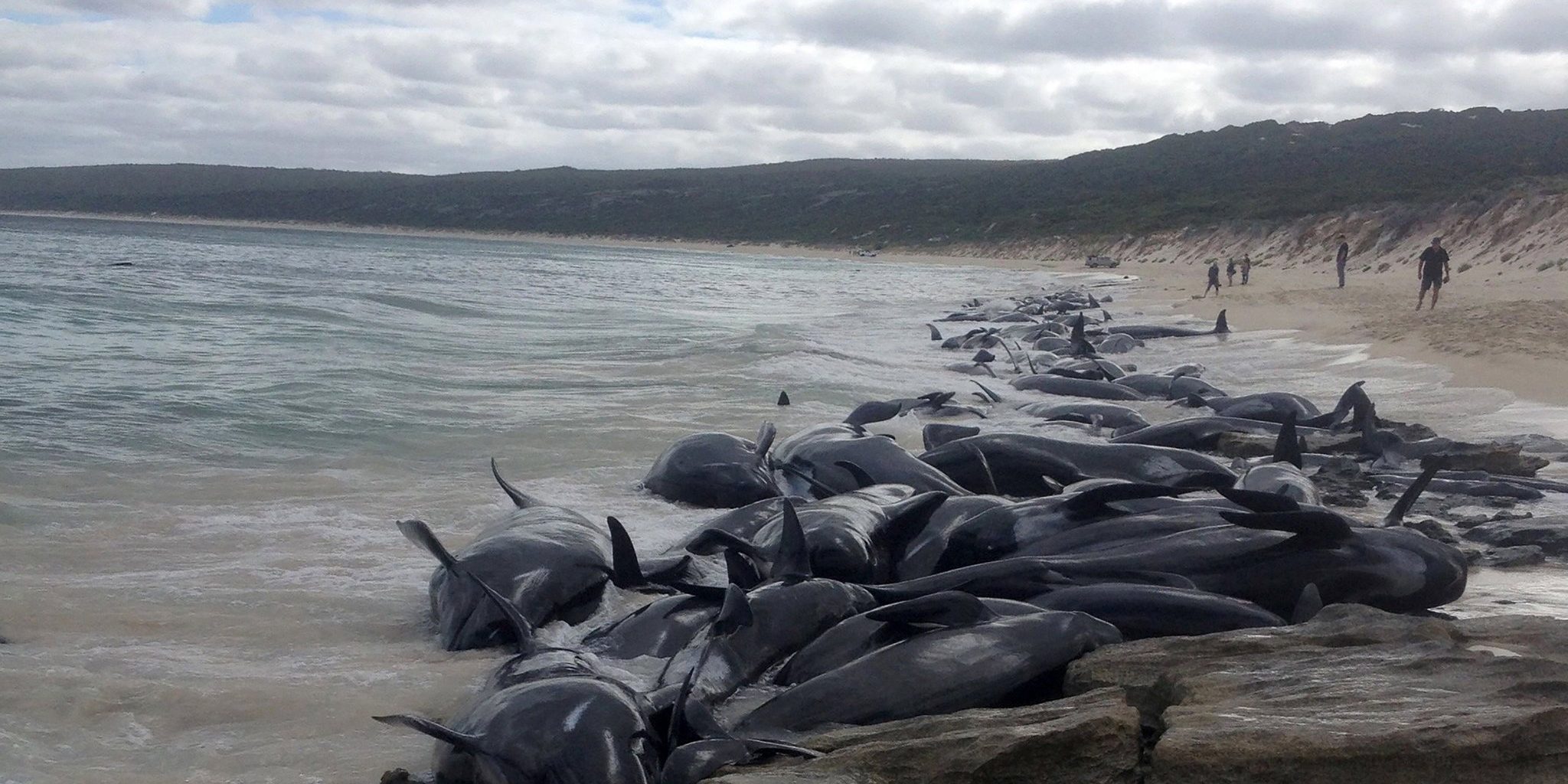 HONG KONG — More than 150 whales became stranded on a Western Australia beach, wildlife officials said Friday, as poor weather and the threat of frenzied sharks prevented rescuers from saving scores of them.

The short-finned pilot whales were spotted Friday morning on the coastline of Hamelin Bay, about 160 miles south of Perth. But by nightfall, all but seven of the whales were dead, according to the state’s Department of Biodiversity, Conservation and Attractions.

“Most of the whales beached themselves on dry land overnight and have not survived,” said Jeremy Chick of the department’s Parks and Wildlife Service, who was overseeing the rescue attempt.

Efforts were underway Friday evening to move the seven surviving whales to deeper water, the department said on Twitter. More than 100 volunteers, wildlife personnel and veterinarians arrived at the beach, but rescuers said conditions there and the threat of sharks — enticed by thousands of pounds of flesh — were impeding their efforts.

“Rescue operations will be hampered by deteriorating weather conditions and we need to ensure the safety of everyone involved before we move the whales,” Mr. Chick said in a statement. “The conditions are challenging, but we are doing all we can to give these animals the best chance of survival.”

Further complicating the whales’ odds is that recently rescued whales tend to beach themselves a second time.