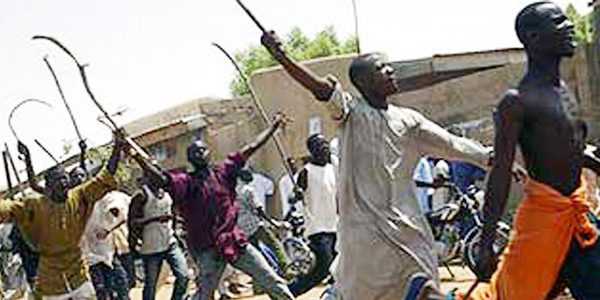 Just when the Taraba State government set up a committee on reconciliation and restoration of victims of the crisis in the state, another crisis has erupted in Sondi settlement in Wukari local government area, leaving 15 people dead.An eye witness who spoke to LEADERSHIP said that the trouble started in the area when gunmen in the early hours of yesterday suddenly attacked the settlement and opened fire on the innocent people, killing some residents of the area.
According to the eyewitness, the attackers were suspected to be Fulani herdsmen who launhed a surprise attack on the people as they were preparing to return to their areas.
The eyewitness further said that the attackers did not spare Gidin Waya which is also part of Wukari local government where two of the victims were said to have come from.
According to our informant, the attackers had successfully carried out their operation without any hindrance and left before the arrival of the police.
When contacted, the spokesman of the Taraba State Police command, Joseph Kwaji confirmed the attack, saying that two persons were killed at Gidinwaya while seven were killed at Sondi.
He informed further that before the police could get to the area, the attackers had gone. He told the people of the area to be vigilant, learn to accommodate one another and shun all forms of violence.
He however revealed that security operatives were mobilized to the area and according to him normalcy has returned to the area.
But while normalcy was said to have returned to the troubled area, the Wukari town is said not to have been safe as LEADERSHIP gathered that there were sporadic shootings in Wukari town and nobody even as people had started going helter skelter .
This was an indication that if no security measures are taken to stop it the crisis would degenerate to Wukari town where more casualties would be recorded.