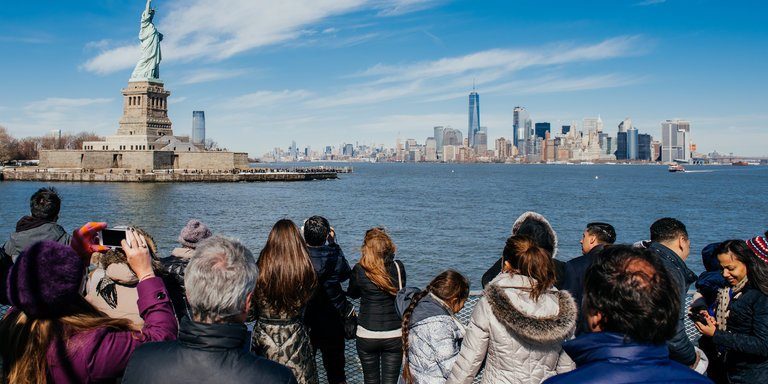 Nearly all applicants for a visa to enter the United States — an estimated 14.7 million people a year — will be asked to submit their social-media user names for the past five years, under proposed rules that the State Department issued on Friday.

Last September, the Trump administration announced that applicants for immigrant visas would be asked for social-media data, a proposal that would affect about 710,000 people each year. The new proposal would vastly expand that requirement to cover some 14 million people each year who apply for nonimmigrant visas.

During his campaign, President Trump promised “extreme vetting” of people seeking to enter the United States, and last March the State Department directed consular officers around the world to step up scrutiny of visa applicants.

But the new proposal would add a tangible new requirement for millions of people who apply to visit the United States for work or pleasure, including citizens of such countries as Brazil, China, India and Mexico.

Citizens of roughly 40 countries to which the United States ordinarily grants visa-free travel will not be affected by the requirement. Those countries include major allies like Australia, Britain, Canada, France, Germany, Japan and South Korea.

In addition, visitors traveling on diplomatic and official visas will mostly be exempted.

By some measures, the number of international visitors to the United States has begun to slip, although foreign tourism to New York City set a record last year.

As news of the proposal emerged on Friday, so did criticism.

“This is unnecessarily intrusive and beyond ridiculous,” Anil Kalhan, an associate professor of law at Drexel University who works on immigration and international human rights, wrote on Twitter.

Along with the social-media information, visa applicants will be asked for past passport numbers, phone numbers and email addresses; for records of past international travel; whether they have been deported or removed, or violated immigration law, in the past; and whether relatives have been involved in terrorist activities.

“Maintaining robust screening standards for visa applicants is a dynamic practice that must adapt to emerging threats,” the State Department said in a statement. “We already request limited contact information, travel history, family member information, and previous addresses from all visa applicants. Collecting this additional information from visa applicants will strengthen our process for vetting these applicants and confirming their identity.”

Some 14 million people each year complete the online application for a nonimmigrant visa, known as the DS-160. It takes about 90 minutes to fill out, according to the department.

The San Bernardino, Calif., terrorist attack in 2015, which killed 14 people, focused attention on immigrants’ social- media use, after officials acknowledged that they had missed signs of online radicalization in an online-messaging platform used by the husband and wife who carried out the attack.

Last year, John F. Kelly, who was then the secretary of homeland security and is now Mr. Trump’s chief of staff, told members of Congress that his department was considering asking visitors for passwords and access to online accounts.

“We want to get on their social media, with passwords,” Mr. Kelly told members of the House Homeland Security Committee. “If they don’t want to cooperate, then you don’t come in.”

So far, the government has stopped short of demanding passwords, though travelers have reported being asked for them, on a sporadic basis, at airports and other ports of entry.

The new State Department requirements will not take effect immediately. The proposal set off a 60-day period for public comment, which ends on May 29.

On Weibo, one of China’s largest social-media platforms, several users were critical of the plan.

”Does it mean someone’s visa application will likely be rejected if he/she has been critical of the U.S.?” one wrote. “What about your sacred ‘freedom of speech?’”

Another Weibo user wrote: “We Chinese have learned well enough the lessons to be drawn from isolation. Now it’s America’s turn.”