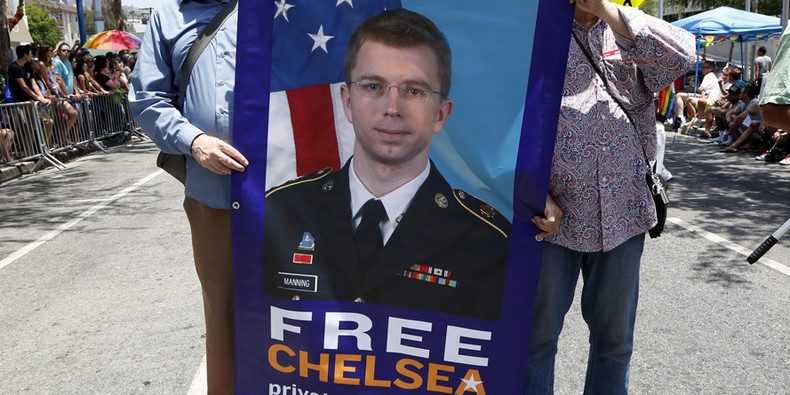 Manning was convicted under the Espionage Act in 2013 after leaking hundreds of thousands of classified US government documents to WikiLeaks.

She was originally due to be released in 2045, but her 35-year sentence was commuted by former US President Barack Obama last month during his final days in office.

Campaigners are now preparing for the former army private’s release and have launched a GoFundMe page called the ‘Chelsea Manning Welcome Home Fund’ with a financial target of $100,000. The fund has already raised more than $11,000 in 11 hours.

Awww <3 Thank you all so very much for pitching in & helping me start my new life ^_^ https://t.co/LGSdkQDdvY#welcomehomefund

“For the first time in her life, Chelsea will have the opportunity to live freely as her authentic self, to grow her hair, engage with her friends, and build her own networks of love and support,” the page states.

The campaign organized by friends and family of the transgender woman aims to raise money to meet Manning’s survival needs as she is released from military custody after seven years.

Remarking on the whistleblower’s time in solitary confinement and “systemic denial of healthcare”, the fundraising drive notes the “logistical, emotional, and financial support” Manning will now need to “safely transition into the free world.”

The money accumulated will go directly to Manning’s rent, utilities, healthcare, clothing and other living expenses for the first year after she is released, according to the group.

Formerly known as Bradley Manning, the whistleblower was initially denied sexual reassignment surgery by the Department of Defense, but the treatment was later approved – just months before the commutation was announced.

Manning made two suicide attempts during her time in prison and was subjected to long periods of solitary confinement.

News of Manning’s commutation was welcomed by her supporters, including NSA whistleblower Edward Snowden.

Let it be said here in earnest, with good heart: Thanks, Obama. https://t.co/IeumTasRNN

However, it was met with some opposition, particularly from members of the Republican party.

.@POTUS‘s commutation of #ChelseaManning’s sentence is a grave mistake that will encourage further acts of espionage https://t.co/nB5SeHCrKM

President Trump blasted Manning as an ‘ungrateful traitor’ on Twitter after she criticized Obama’s legacy in an opinion piece.

Ungrateful TRAITOR Chelsea Manning, who should never have been released from prison, is now calling President Obama a weak leader. Terrible!