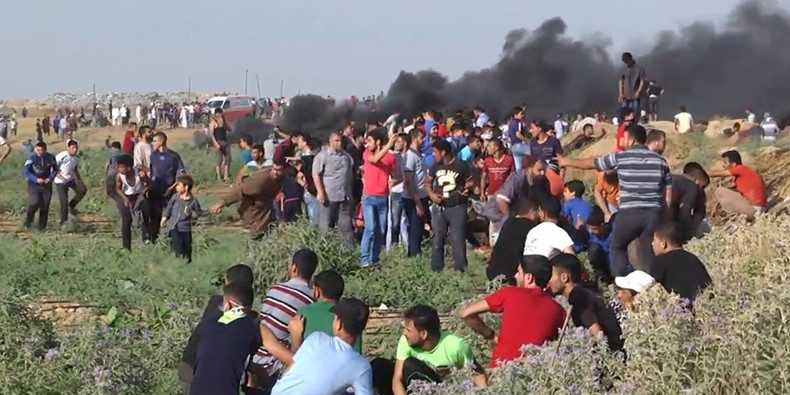 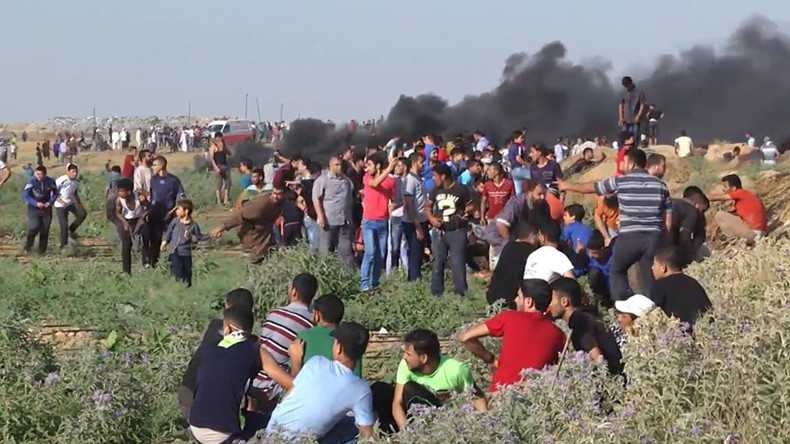 Israeli soldiers were forced to open fire after “several violent riots” erupted in the northern Gaza Strip, as “hundreds of Palestinians” tried to damage to Israel’s separation fence, an army spokesperson told Maan.

Israeli soldiers first fired tear gas and warning shots, which were ignored. The IDF then used live ammunition to quell the angry crowd.

One man from the militant Islamic Jihad group was killed in the clashes to the east of the Jabaliya refugee camp, Reuters and Israeli news outlets reported.

The IDF confirmed killing one of the protesters.The Palestinian Health Ministry identified the man to be a 35-year-old Aed Khamis Jumaa. The ministry added that six other Palestinians were injured in the clashes and were rushed to Gaza’s Indonesia hospital.

Two more Palestinians were injured by live ammunition in a separate incident, witnesses told Maan. One of the protesters was shot in his arm while the other suffered an injury to his foot after clashes broke out east of the Bureij refugee camp in the Gaza Strip.

At least 249 Palestinians and one Jordanian citizen have been killed since late 2015. Tel Aviv claims that out of that figure, 167 were killed while carrying out stabbings, shootings or car-ramming attacks in which 37 Israelis, two American tourists, and a British student were killed.